Virtual Reality Headsets – Amazing Things You Can Do 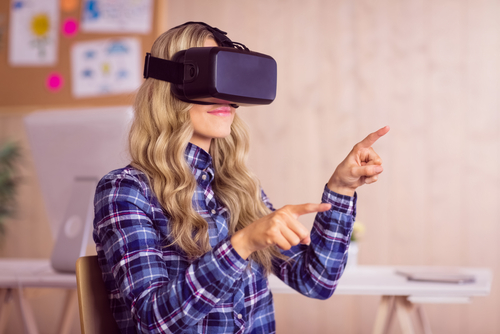 Like most new technology VR-Headsets have had somewhat of a slow start. When Oculus Rift was announced it was thought the world would be taken by storm. Instead, it’s been more like a soft, steady breeze. Most of these early issues arouse from lacking content for most VR-hardware during launch, as well as Oculus Rift having some issues during their launch, such as delayed shipping times and costumers disappointed due to the Touch controllers not being included.

We also see VR being used in various forms of marketing. Some real estate companies are starting to provide virtual tours of homes, you’re able to take virtual tours to several college campuses and Volvo has been working with Microsoft to develop “Volvo HoloLens Showroom” – which is the world’s first fully untethered holographic computer. It creates various car related holograms, which you can actually interact with. You can shape and move your own car for example, and take it apart through the various commands.

As for home use, we see a bit different usage, the most common ones being movies and games. One of the more praised games is “Resident Evil 7: Biohazard” which was released for the PlayStation VR and is a truly terrifying and fun experience not for the faint of heart. Most of the games being released for usage with VR-headsets are currently “shooters”, games that incorporate guns and aiming. Various online casinos are starting to add some support for VR-headset and hopefully we’ll soon be able to play Poker or Live Blackjack in a complete VR-environment. Games are definitely going to see some very interesting development in the near future, with games like “Fallout 4” and “Farpoint” being released in 2017.

3 VR-headset for all budgets for home use:

2 thoughts on “Virtual Reality Headsets – Amazing Things You Can Do”