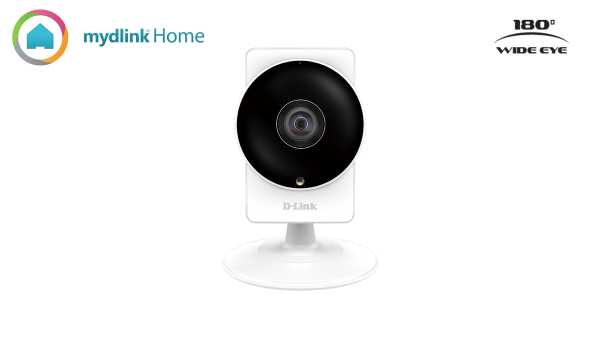 Security cameras have become a pretty normal occurrence for those who appreciate them. They range from anything under £50 to around £200, depending on the quality of image as well as the services you want. D-Link is a well known brand in the world of networking and security products. The DCS-8200LH is one of their latest offerings in their security camera range.

Unlike other devices, a security camera is pretty much an install and forget kind of a device. The DCS-8200LH may not be the next iPhone, but it is a pretty good looking device. A bit bigger than your usual camera, it has a nice presence.

The front features the wide angle lens, a sensor in front for light, as well as IR LEDs that light up in the dark. 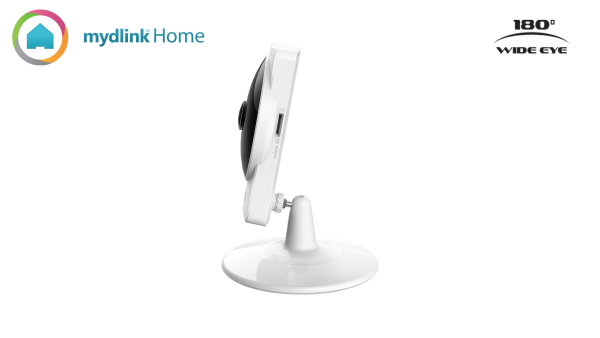 The side includes a slot for a micro SD card. 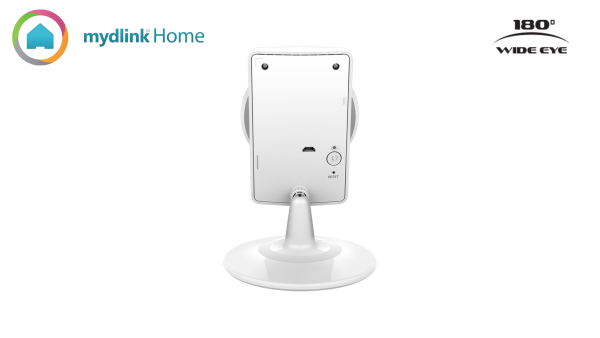 The back includes a micro USB slot to power it, meaning you can use any of your other charging devices to run this as well. It does come with a 2A power supply, so it may not function very well on your standard charger. Also included on the back are a status LED, a WPS button and a slot for the RESET.

The device connects to the base using a screw, and the base is pretty strong. This is one of the plus points for this device, as it is pretty stable. Other devices that we have tested often disappoint on this front.

The device can be setup using the mydlink app which can be downloaded via the Play Store or the iTunes App Store. Apps for other formats do not exist. You do need the app to set the device up, so if you don’t have an iOS or an Android, you are kind of stuck.

Once the app is downloaded, you will need to create an account to proceed.

After this, you turn on the device.

If your router comes with a WPS option, press the button on it. Then follow by pressing the WPS button on the camera. Normally this should mean that your camera will connect to your WiFi. We had a few teething problems though, and the device took a few attempts to connect properly.

At once stage it seemed connected, but the app couldn’t connect to it.

Third time is the charm, and so it was in our case, and it finally connected.

Just to be sure, we also had a go at manual set up instead of using WPS. That involves connecting to the WiFi created by the device, and then choosing your WiFi network via the app and entering the password. This one was a bit more straight forward (irony!).

Once the connection is made, you can give your camera a nick name and choose an icon for it. This is particularly useful if you have more than one of these.

The app is fairly basic, and doesn’t really offer much.

You can view what the camera sees, and can adjust various settings such as motion detection, sound detection etc.

The device will record video on one of these triggers. It doesn’t actually send you notifications.

The device offers no cloud storage, and everything is stored on the micro SD card. This is great, as you don’t have to pay for any annoying subscription charges. The downside is that you have limited space, and if it runs out, the oldest one will get deleted.

The following photos were taken via the device: 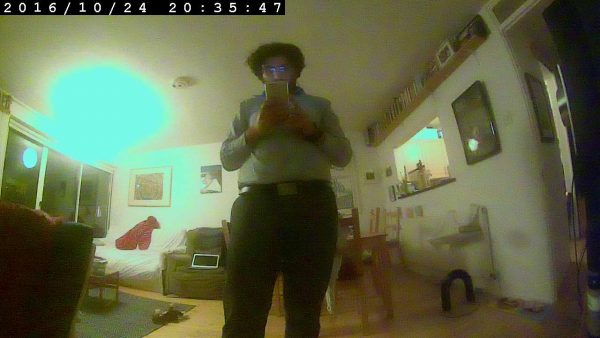 The image is taken with poor/night time lighting, but it is clear that it is rather grainy. This was on the lower setting (320p). 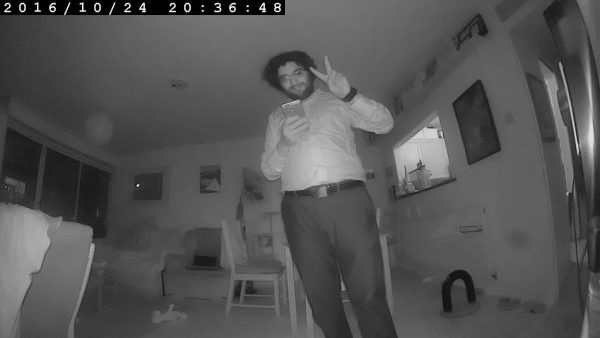 Same image taken with the lights turned off, and the resolution set to 720p.

This time you can see all edges of the room, and can clearly see my face too. It is not the best image in the world, but you should be able to recognise faces.

Also, can you see the monkey?

Another thing to note is that you get a panoramic 180 degree view of the room rather than a traditional fish eye lens view. This is another plus for this.

The app also allows you to add 3rd party integration. This includes Nest and IFTTT at the moment. While Nest is only useful if you have one of those devices, IFTTT integration means you can do pretty much anything IFTTT lets you. This means you can get tweets if it detects motion to get emails or texts sent to you. It can also turn lights on for you and such like.

More information on the D-Link DCS-8200LH can be found on their website.

It is available from the likes of Amazon and retails for around £172.76.

Over all, a good solid device, though verging on the expensive.