Review: BlackBerry DTEK50 – All the security of BlackBerry in an affordable package 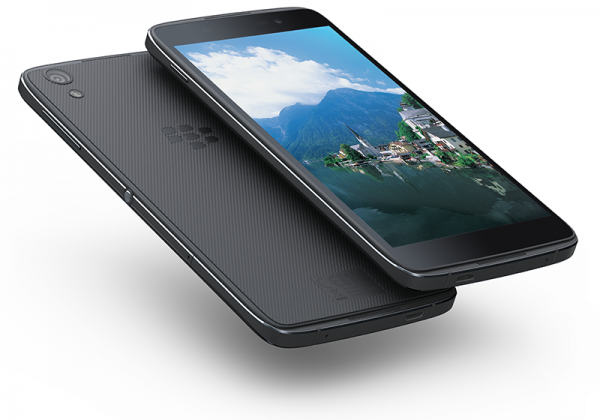 BlackBerry have had their fair share of lows over the years. The hardware business hasn’t really done very well, to put it mildly. BlackBerry Priv promised a lot, but Android wasn’t the answer to all of their troubles. With the DTEK50, Blackberry is back, but this time they have taken a slightly different tact. They have gone and asked somebody else to create the hardware, and done the software on top. In many ways, this isn’t very different to what Google have been doing with the Nexus series in the past, and now with the Pixel phones. In fact, that is what HTC was doing before they started branding phones of their own.

DTEK is named after BlackBerry’s security suite, which provides you the best form of privacy you can find on Android. All this at the price and package of a reasonably budget phone makes this attractive. But has BlackBerry taken yet another risk, or are they onto something? Let’s find out.

Let’s start with a quick look at the specifications: 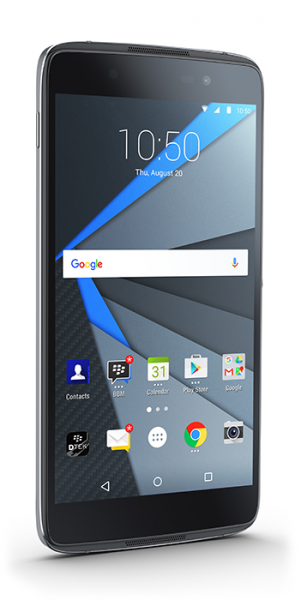 BlackBerry makes no pretence here. The shell is that of an Alcatel Idol OneTouch 4. This makes it rather light, and brings to you a front screen with dual speakers on either side, and a front camera with a flash.

What sets this apart from your usual Android is the Convenience key next to the Volume rocker on the right. The Power key is on the left side instead. This does make things a bit confusing as one keeps pushing the Convenience Key on the right side hoping to wake the phone up.

The back has a typical BlackBerry textured feel, giving you a good grip.

Overall, the phone feels quite nice and light in your hand. This is the thinnest BlackBerry yet, and that definitely helps the design and feel.

Overall the display delivers reasonably well. The resolution and detail is all there, which is fairly average for a phone with this resolution. The phone is bright enough in the daylight to be viewed easily. One of the useful features added by BlackBerry here is the colour temperature setting. It allows you to adjust between cold and warm settings. By default this slider is in the middle, but move it just a bit towards the warm setting and everything looks a lot more natural and friendly. In fact, you can slide it all the way to full warm and you have yourself a ‘night mode’ with very little blue light.

This is where the phone shines. You get all of the BlackBerry security suite pre-installed and ready to go as soon as you turn this on. BlackBerry have even promised to push security updates on to this phone as soon as they arrive on to  Android. BlackBerry kept this one up till July, but I am yet to see an August and September update from them.

The DTEK software starts by offering you complete encryption on all the data that is stored on your phone.

On top of that, you can go and tweak the permissions of each and every app on your phone. For example, why should an app telling you bus times have access to your camera? Just go and kill that permission.

You can also run various analyses on the security of your device.

One thing it doesn’t pack is a fingerprint scanner. This could be to save costs, or maybe just sticking with the old is gold strategy.

Once you go past all the BlackBerry security stuff, you will find the phone running almost Vanilla Android. The OS on our device is 6.0.1, with security patches applied up to July.

Of course, no Blackberry can come without BlackBerry Hub, and their usual suite of apps such as Contacts, Messenger and such like.

A swipe on the screen from the left lets you access all of these.

Generally it all works well, though thanks to being a creature of habit, I found I didn’t really use those, and stuck to the usual Android apps.

The same goes for the BlackBerry Keyboard. I quite like it, but somehow SwiftKey replaced it soon enough.

One thing you do notice on the phone when installing items is that it is surprisingly easy to fill up the 16GB packed into the device. In fact, you only really have about 8GB left to play with out of the box.

Perhaps the one area where the cost cutting effects this negatively is the processor speed. While the phone works reasonably well for most tasks, fire up a game or try and do things like Facebook and emails and such like all at once and you’ll soon start to feel the phone struggle a bit.

You may get used to it, but it does not impress us very much.

Battery life is okay, but there were definite times when the phone struggled to last the whole day. Maybe a thicker phone with a bigger battery may have helped.

While generally we like to focus on things like camera, I feel like the phone isn’t really designed to be one with the camera on focus. Having said that, it works reasonably well.

A surprising fact was the inclusion of a selfie flash. This is clearly something that was inherited from the Idol 4. I can’t imagine the BlackBerry bosses asking for that particular feature.

The Dual Speakers are a great touch though. They offer a great sound, and pack in a punch. They are also really great for when you are using the phone as a speakerphone.

The phone is a budget offering by BlackBerry, giving you a taster for what it has to offer, but not much meat. The extra security is definitely a welcome feature, but the sluggish performance kind of pulls that back. All in all, a decent effort for the price.