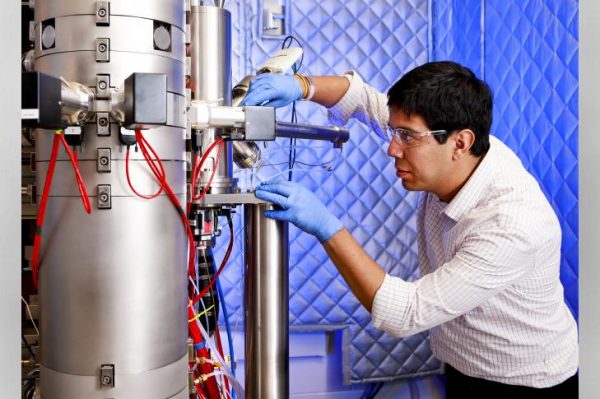 Researchers have found a new technique (electron microscope) that can be used at atomic level in detecting magnetic behaviour. These researchers are from Uppsala University in Sweden precisely from the Department of Energy. Through a counter-intuitive method, they were able to take advantage of the distortions of optics, which they could have naturally gotten rid of.

The finding is an approach that is entirely new in the world of research. It is used in the measurement of magnetism at the level of atomic scale.  This will help in studying new materials from different perspectives. For instance, hard drives are known to be made by magnetic domains, and these in turn, are approximately 10 nanometers separately. While each nanometer can be rated as a billionth of one meter, there is a plan by these researchers to modify their approach in collecting magnetic signals from each atom, which are about 10 times smaller when compared to a normal nanometer. If they are able to know the relationship between atomic resolutions and identified domains, it will help in further research in the future in terms of knowing which size of magnetic hard drive that should be decreased. Without looking at it critically, they won’t be able to know this relationship.

Traditionally, researchers use scanning transmission – electron microscope – in determining the location of atoms in any material.  With this newly developed technique, there are more opportunities for scientists when collecting additional details concerning the behaviour of atoms. According to one of the researchers, atomic scale is the origin of magnetism, but the approach use in measuring it has resolutions (spatial ones), which are far larger than the atom to be measured. With the development of electron microscope, there is higher privilege of making the electron discover even the smallest atom, and even with expertise and knowledge of controlling the probe, the magnetic signature can be picked up. 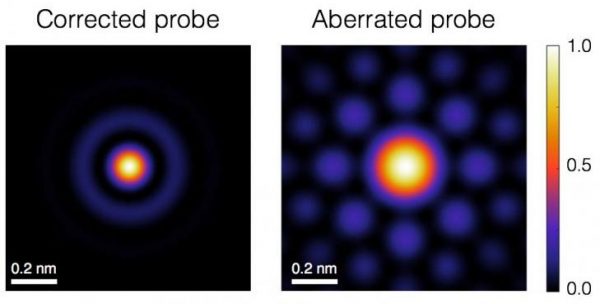 This team of experts developed this technique in the process of finding a way around a cornerstone of an identified electron microscopy – aberration correction. When it comes to the elimination of aberrations, this has been associated with varied level of research carried out by researchers. They have consistently been working to reduce various categories of aberrations. Aberrations are known as distortions, which arise from electron (optical) lens, and further go to blur resulting images. For this discovery, these researchers only added four fold astigmatism, a type of aberration, in collecting signals (atomic level magnetic) from a material called lanthanum manganese arsenic oxide instead of completely removing the aberrations from the electron microscope. This experiment by this team validated the theoretical predictions that were presented around 2014.

As an outstanding research, one of the team members said it was the first time anyone would use aberrations in detecting the magnetic order in electron microscopic materials. In a bid to go further in doing what has never been done by any researcher, a specific aberration was added. This newly developed method can be used to complement x-ray spectroscopy as well as neuron scattering, which are existing methods though they have some degrees of limitation with respect to spatial resolution.