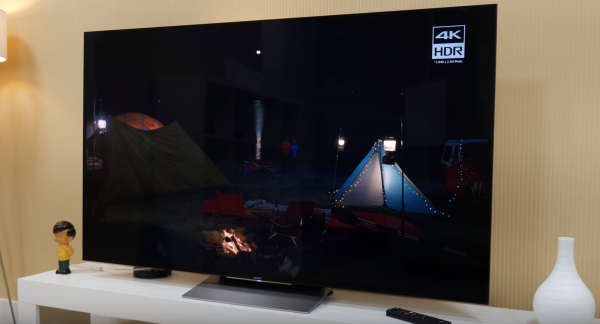 What was your first cinema memory? What was the most powerful film you ever saw in the cinema? For me it was probably The Dark Knight, which brought to us Health Ledger’s Joker, and the start of a new era of super hero films. I know it was the second film in a trilogy, but to me it has been the biggest impact film ever.

Sony has been a pioneer in the history of film making. From cameras to televisions, Sony has dominated the market for many decades, bringing to us everything from new technology to having a great role in setting standards.

As such, Sony has produced  video talking about their latest 4K HDR technology. Sony not only talk about the F55 camera, which is being used to bring great image, but more importantly, how the time is now right for HDR (High Dynamic Range) and 4K technology to be brought to the masses. HDR has already been used in the past to produce great images, but hasn’t really been seen in video. New technology from manufacturers such as Sony is bringing this to the masses, and with it, also the cinema experience right to your living room.

HDR is a technology that allows users to take a set of images using different camera settings, and bring the images together via clever algorithms to highlight all the right spots. This often requires at least 3 images being captured. Of course, while this is possible to do so for a static image, it hasn’t quite been easy for video as it requires a lot of processing on the fly. As times have progressed though, so has technology, and now we finally have a set of cameras as well as televisions, that can produce the content that can be shown in HDR, and the televisions that can take that content and show it in the best possible way.

Watch the video below for more.

Particular focus is on the XD93 tv from Sony, which offers great picture quality, right at home. It offers 4K picture quality, great processing power, and of course, an amazing immersive experience for the audience. Films are all about story telling, and this TV makes you a part of the story.

How do you think HDR will change the future of the television? Are you looking to get a 4K HDR television? Do you already have one? Let us know in the comments below.