Among these were companies from the UK Lebanon Tech Hub, a partnership between Lebanon’s Central Bank and the UK government to bring some of the most promising start-ups from the region to develop and scale their businesses in a 6-month accelerator programme based in London: 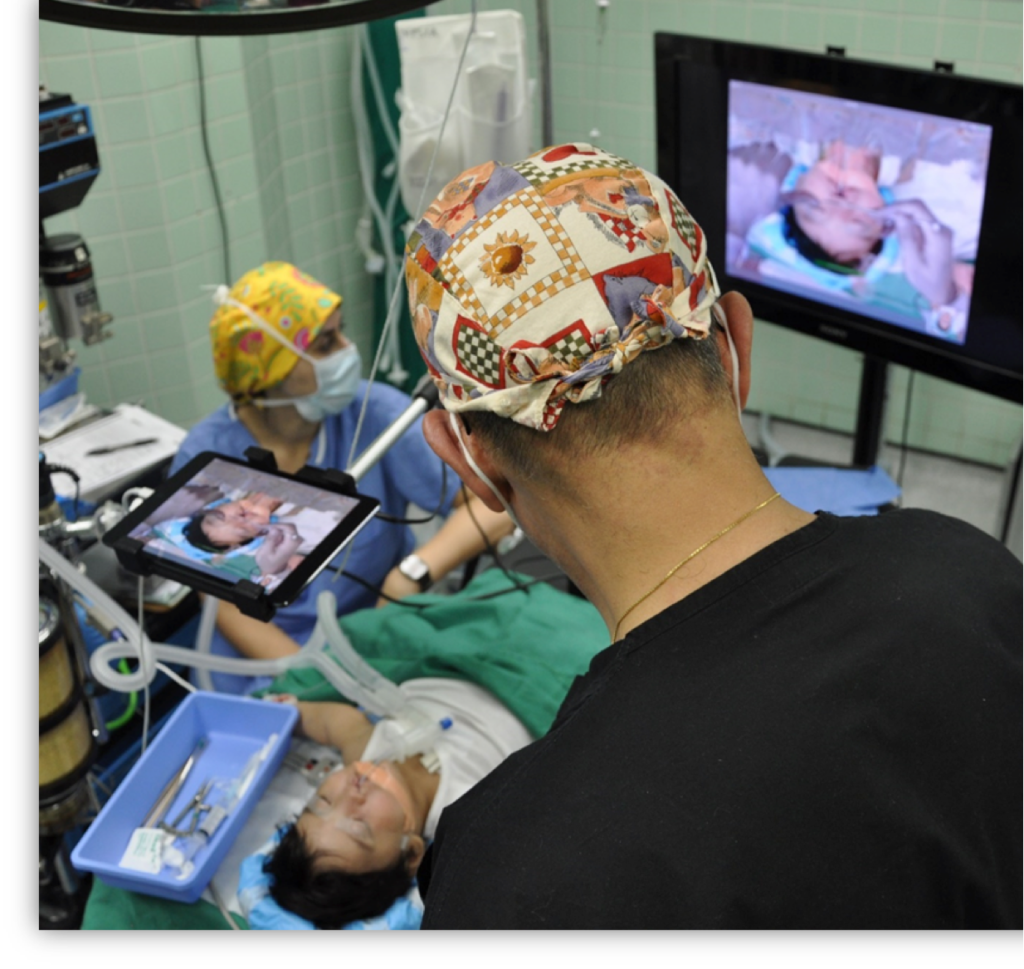 This interactive platform connects medical teams in remote locations via a tablet, computer or smartphone, allowing experienced surgeons to lead procedures with teams and patients hundreds or even thousands of miles away.

In conflict regions where access is difficult, if not impossible, this technology provides an essential lifeline, and has already been successfully piloted in locations such as Gaza. The potential in the commercial healthcare sector is also considerable, as it can maximize efficiency by enabling surgeons to support and direct teams without having to be physically present in the same location as the patient.

Since surgery is by nature a very visual discipline, Proximie also has useful applications in education and training of doctors, where surgeons can use Augmented Reality to demonstrate the correct way of conducting procedures to a larger number of students than would have been possible using traditional methods.

Proximie has just been awarded the Royal Society of Medicine prize for Innovation in e-Health and is currently preparing to launch an educational pilot with University College London. 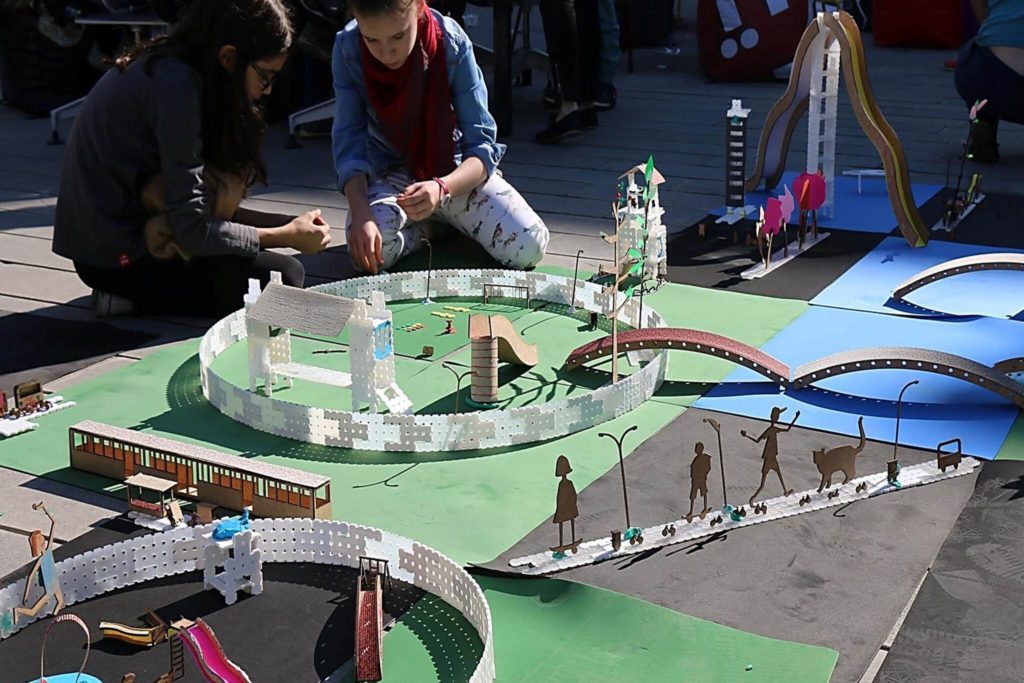 An educational construction toy to make urban spaces and structures, MakerBrane brings the real and virtual worlds together by combining the physicality of traditional toys with the hackability and personalisation of computer games.

With MakerBrane you can build modular structures using plastic components, then add digital facades and elements to further personalise those creations. The most interesting aspect is the ability to incorporate “found” objects into those worlds; You can use existing elements such as Lego bricks and connect them to the world you create.

Founders Sabine de Maussion and Ayssar Arida are confident that there is a strong market for their product, as the sector has experienced 35 per cent growth over the last few years. However, this is not just about the commercial potential, as they are passionate about using technology to promote STEM subjects to young people, specially girls. They believe such toys are the best tools to teach digital skills from an early age and fight the ingrained perception – still dominant across many parts of the world – that “engineering is not a woman’s job”. 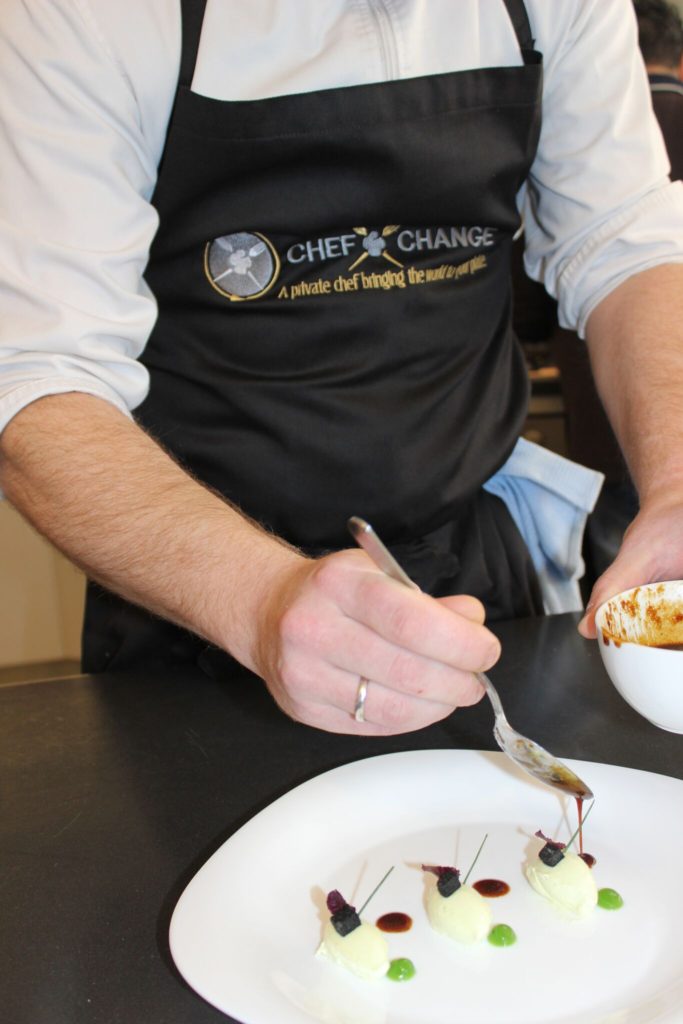 Dubbed “the Uber of the culinary world” ChefXChange finds private chefs to cater for parties and events in the customer’s own home. The option can often work out  cheaper than eating out, specially in places like London, and also means you’re not stuck doing the washing up.

The company is the brainchild of Karl Naim and Marc Washington, who met at London Business School and have a combined 22 years of experience in the corporate sector. After successfully raising a seed round of $500,000 in 2014 they have recruited over 900 chefs in four cities (Dubai, Washington, Beirut and London).

The business model relies on taking a 15% commission on each booking, and the service has been proving very popular, as it provides both convenience and a personalized experience, with a large choice of cuisines from across the globe, from Indian to Italian, Thai, French, American Soul food and most things in between.

With their SensioAir device, White Lab is bringing to market the worlds first smart allergen tracker, which tells you everything you need to know about the air you breathe, and helps you make improvements to your health without resorting to expensive and potentially harmful medication. The device can identify a wide range of irritants such as pollen or dust mites or harmful gases, including carbon monoxide, alcohol, acetone, thinner, formaldehyde and other chemicals, often used in paints and household items, which are known to worsen allergy symptoms.

With 30 per cent of the population suffering from some form of allergy, specially during the summer months, AIR connects to the user’s smartphone to show, in real-time, what particles are present in the surrounding air. Algorithms then tell you the best way to solve the problem – such as vacuuming the carpet or closing windows because of the pollen count. Users can further personalise the results by inputting their own symptoms into the app.

We’ve all been there: Walking around trade shows, accumulating what seems like several tons of assorted catalogues, brochures and leaflets, until your tote bag is bulging and your arms and legs feel like they’re about to drop off.

Once you get all those catalogues back home – the ones you haven’t already binned at the conference venue– you’re left with a box full of recycling and a guilty feeling that a lot of trees died for this. But our tired legs (and the trees) can now breathe a sigh of relief, because there will be an app for that: EasyCat is set to address this pain point by providing an intuitive way of sharing catalogue content digitally.

Although most businesses recognise the need to do this, most don’t know how to digitise their content in a way that makes it easily and reliably shareable on any platform. They are about to launch a private Beta version of their app which will have an intuitive interface that allows users to create or upload their catalogues in a few clicks and easily share them with specific people, as well as using the platform to reach a much broader audience.