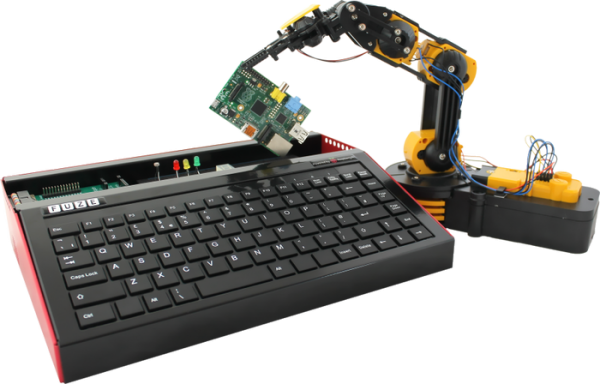 The Raspberry Pi took the world of electronics, programming and hobbyists by storm a few years ago. Since then, this £30 computer has found its way in many interesting projects, and has inspired many products, both for the DIY Hobbist as well as the student. The main idea for the device was to give the youth of UK (and rest of the world) a cheap computer to play with, so they could learn programming. Raspberry Pi prefer Python to be that language, but many people have adapted it to their own use and needs.

Fuze Electronics have taken the very concept and packaged the whole thing into a hard metal box, given it Arduino styled GPIO, and as you will find in the kit we reviewed, even given it a robot arm to really utilize programming skills. All this is done using their own take on the BASIC language called FUZE Basic, which is obviously inspired from the BBC  Micro era.

So let’s start with the basic kit. You get the following in the box: 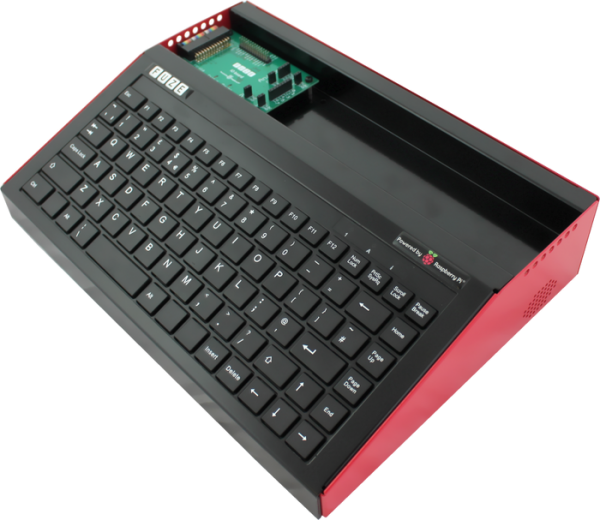 As far as the basic look and feel goes, this is truly inspired by the 80s. In fact, you have a metal box holding all the electronics in, which is obviously way bigger than it needs to be. 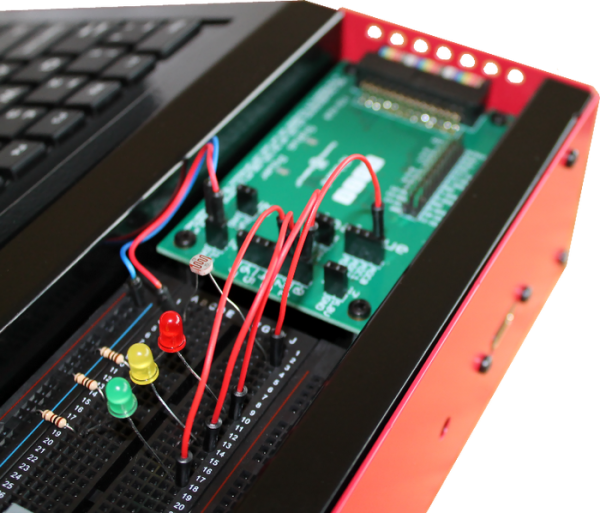 The top includes a GPIO board, and a place to put your black breadboard for various electronic projects. 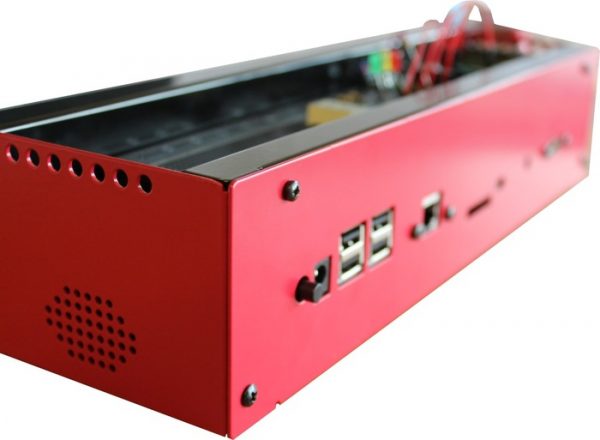 The back holds an assortment of connectors, including a power button, power input port, 4 USB ports, ethernet connection (there is no WiFi here, but no real need for the internet either), an SD card port and an HDMI port.

The Raspberry Pi is hidden inside the box, so you don’t really have access to any of the usual connections you find on the Raspberry Pi.

The setup is fairly basic. Plug in the power supply, and you’ll probably want to plug in the provided mouse as well.

You will have to connect to a monitor, pretty much the only thing that doesn’t come with this, and you will need one that has an HDMI port. Funny that, as it looks so 80s I almost felt like a co-axial connection would have served it right.

Once all set, switch it on using the button on the back, and load Fuze Basic.

From there on, follow the programmers guide and the tutorials, and you should be good.

If you remember BASIC from the 80s (or in my case, the 90s – third world problems!), then you wouldn’t really have much of an issue with this. However, if you moved on from it back then, and took on other languages, you may find this a bit, ahem, basic! That is the concept though. One may find that it is taking a rather simplistic approach towards programming, but if you look at it from a kid’s point of view, or from the point of view of somebody who just wants to get their hands on a programming setup, it is a good start. The risk is that it may feel a bit backward for the young and tender programmers of today. Having said that, the instructions are clear and the provided material is great.

One thing that this gives you more than older setups is access to GPIO. You can flash LEDs, and do so much more.

In a way you are not just restricted to programming FUZE BASIC. You are also picking up basic electronic skills, like what way a diode goes, how to wire up LEDS, what resistance values to use, and such like. Personally I always admire any such kit, so full marks from me on that front.

Oh yes, this was probably the most exciting part of this kit when I  heard about it. However, as I set up and played with the kit, I realized the robot arm was merely an extension of the kit, and in many ways an added feature rather than the main part.

Word of warning, the Robot arm needs to be built, and it includes quite  a lot of connection making. You will also need tools such as wire cutters, pliers and a screw driver, and 4 x D cells. The build will probably take around 30 min to 2 hours, depending on your level of expertise and confidence on the matter. It is a good idea to build the robot though, as it gives you a basic understanding of how the various connectors and such like work in the real world.

Once ready, you just pop it in the USB port on your FUZE, load up FUZE Basic and go through the tutorial.

You can do a fair few basic things with it, but do not expect any Terminator style shenanigans.

If you are looking to buy this for students or kids, supervision will be required, and this is definitely where kids under 3 should not be involved as there are loads of small parts in the kit.

More information on the Fuse computers as well as programming guides can be found on their website. The unit which comes with the Robotic Arm Kit retails for £229, though kits start from £69.99 if you have your own Raspberry Pi, or £99.99 if you want one as well. It can be bought from various online retailers, such as Amazon, where the current kit is going for about £200.

We have seen quite a few Raspberry Pi kits, but none of them focus on the educational side of it as well as this does. The focus on BASIC instead of Python and the price may put some off, but the nostalgic build and the robot arm will win others.