Skip to content
Home » Using an iPhone as an Android user – the good, the bad, and the not so ugly
Android Apple apps Reviews

Using an iPhone as an Android user – the good, the bad, and the not so ugly 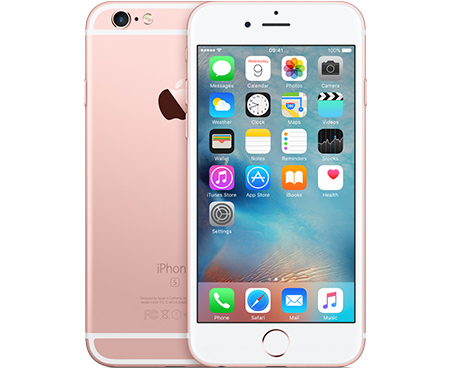 It isn’t often that I play with or use an iPhone. In fact, the last time I reviewed and properly used an iPhone was more than a year ago. While I wouldn’t class myself as an Android fanboy, I have never really owned a smartphone other than Android since the first Galaxy S came out. So, when I was given the opportunity to spend some time with the iPhone 6S, I thought, why not.

Interestingly, I found the experience a lot easier, a lot better than my past ones. So much so, that I think iOS is finally at a level where I can jump to using that. This will sound blasphemous and a bit crazy to most people who know me (including my wife), I actually think the iPhone has finally matured to a stage where it can provide a suitable alternative to the nerds among us. Yes, it will always be the go to phone for the business types and the stylish, but it has always got in the way of the Android fans.

However, using it for almost a month, I actually found there were things in there that I actually quite liked. Things that are better than you get in any Android, even the Nexus series.

So, let’s start with the good:

While I will talk about the other items, which most Apple Fanboys and FanGirls will happily mention, to me the biggest plus in the iPhone experience was able to tweak how notifications work. You can tweak every single app and decide what comes through and what doesn’t. What a pop up? Sure. Don’t want a beep or vibration? That is fine. Want it the other way around? Go crazy!

I have been looking for apps that give you this level of control on Android, but haven’t found anything yet.

One thing Apple definitely have over Android is how they roll out software updates. They announce it, and boom, it appears. Yes, it doesn’t always go to plan, but mostly it does.

Android updates are slow, and take ages to roll over. The only way out is to get a Nexus device, and even they don’t get it as instantly as Apple.

Another extension of the reason above is that Apple, through their bullish nature, have managed to keep the meddling from carriers out of their phones. You may find certain signature apps, but mostly an iPhone is clean.

This is also an amazingly good feature, and while Android has been trying to implement this, it just doesn’t work as well. Your iPhone gets backed daily (assuming you have WiFi, etc), and basically, the moment you get a new phone, or restore your old one, it comes back exactly as it was. All your passwords are remembered, your last seen notifications are there, and hey, it even knows where you were when you were looking through your Instagram stream.

Another one you just can’t deny as an Android fan. Almost every app comes to Apple first, and often looks and feels and gets upgrades quicker on iOS.

This is probably more of a UK thing, but Android Pay, where are you?

How many times have you seen an iPhone with a smashed screen? Lost count? I have. I am not sure what it is, and why Apple haven’t quite figured this one out yet, but Apple screens seem to smash all over the place!

Apple is a controlling parent

Yeah. Nobody can deny that. Apple have a strict control over how the phone behaves, how the apps work, what apps work, and the like. They are like that fussy mom who doesn’t like your girl (or boy) friend the moment s/he enters the door, no matter how nice they are!

For a while Apple had the edge with the lightning connector. It is superior in certain ways to the more common micro USB port. However, with a USB C appearing on the Macbook, it was high time Apple put one on their phones too. So far, it hasn’t happened, and the need for a different connector is still a bad one as far as I am concerned.

Love them or hate them, Android phones definitely give you all kinds of choices. Big, small, shiny or matte, you have one that is designed to fit every palm, every pocket, and deal with every wallet!

Apple live in a world where they still charge an extra £100 just to give you a few GB extra. The phone also still comes with 16GB as a standard option. And there is no SD card slot. Tut tut!

The Not So Ugly

Okay, this one is obvious, but Apple have always made good looking phones. They may or may not be the best in your eyes, and okay they may start to look boring after a while, but nobody can ever call them ugly.

And with the millions of accessories and cases you can use on your phone, the beauty is totally within your hands!

I would like to thank Vodafone UK for sending us the iPhone 6S sample for review.

One thought on “Using an iPhone as an Android user – the good, the bad, and the not so ugly”