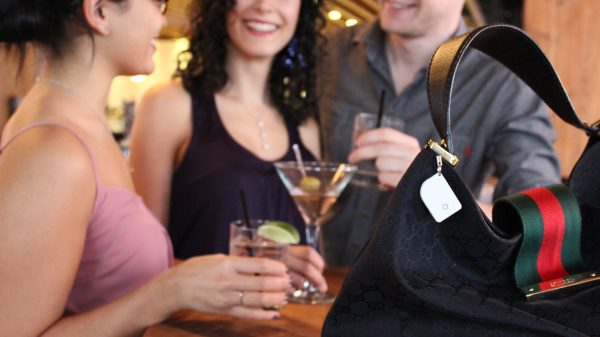 Canada has a proud tech tradition. Hootsuite, the first social media management and integration system, is one of many prominent technology companies to have been founded in the country. There are over 33,000 ICT firms in Canada generating $159.9 billion in revenue, with 12,000 of those based Western Canada, employing over 150,000 people. British Columbia has long been a creative hub (it is the third biggest production centre in North America, just behind Los Angeles and New York) but the region is now also home to a growing cluster of innovative tech companies that earned the province the nickname of ‘Silicon Valley North’.

A group of rising tech stars from that region was recently selected to take part in a trade mission to Mobile World Congress in Barcelona, and they showcase the breadth of innovation that is to be found North of the border. Here’s a few of them:

SoundOfMotion uses the Earth’s magnetic pole to measure pivotal motion and provide more accurate metrics for sports such as running, cycling, swimming, rowing, paddling, tennis, golf and many more. While most professional and amateur athletes use smart devices to track their progress, the 3Dmotion Smart Sensor is much more accurate, as it works like a compass, measuring pivotal motion relative to the North Pole. The inexpensive $50 sensor can be mounted to shoes, limbs, oars, paddles and other equipment and has the added advantage of being able to measure not only basic motion, but high-precision elements such as the length of a runner’s stride, a rower’s oar swing, a swimmer’s stroke or the angle of a golfer’s swing, making it a powerful platform to refine and improve sporting technique.

Eventbase is using bluetooth Beacons and other cutting-edge mobile tech to reinvent the global events landscape. No longer will you go to a conference only to be overwhelmed by a sea of unfamiliar faces and useless merchandise, queuing hours for a sandwich and not managing to speak to the people you want to. Their apps enable attendees to navigate their way around, find information that’s relevant to them, connect with the right people and have some fun in the process. Anybody who invents a way to have a free glass of wine ordered through your Apple Watch and delivered to your precise location in less than a minute (as they did in last year’s Cannes Lions) should be worth paying attention to. No wonder they’re the app provider of choice for the last 3 Olympics, Comic Con, Sundance and Lollapalooza, to name just a few.

Most of us simply can’t – or perhaps just don’t want to – remember a time when it wasn’t possible to pull up accurate directions to any destination on your smartphone. But what we don’t really have at the moment is the combination of precise navigation, pinpoint location accuracy, and the immersive visual experience of StreetView. That’s where MRF Streetview comes in. It claims to be like Google StreetView, but better. In 2001, when Google first started The Stanford CityBlock Project that was eventually to become StreetView, the concept of creating accurate and dynamic visualisations allowing users to virtually explore entire cities seemed outlandish, to say the least. But Google excels in making the impossible commonplace, so we’ve come around to taking that for granted now. When it comes to actually planning a journey or navigating your way around an unfamiliar city, however, we still tend to turn to more “traditional” mapping tools, such as Google Maps, or – if you’re feeling particularly adventurous – the Apple version. Tools like Google StreetView allow you to look around and mentally try and calculate the distance between objects such as post boxes, stop signs, or fire hydrants, but these are just guesses, and navigation can often feel disorientating. MRF technology provides the same sleek visual context and interface, but with the added layer of information that tells you precisely the size, distance and location of each individual object within a picture. If an electricity company needs to make repairs to their network, the tool can tell them the location of individual towers/poles, and their height. A road maintenance contractor can locate and mark individual potholes that need repairing, and a builder can calculate if a bridge on route to a site is tall enough for them to drive their supply vehicles through. Better data empowers enterprises to be much more efficient.

ThinkEco Power developed a solution that monitors people’s activity patterns and warns when anything unusual is detected. This can help prevent elderly and disabled people dying unnecessarily or suffering a stroke, heart attack or a preventable accident in their home. Real-time data collected from ‘Internet of Things’-connected appliances, such as household appliances, mobile phone signals, and other activity enables regular behaviour, movement and daily patterns to be monitored by a processor which reads the signature and uses an algorithm to decipher which appliance has been turned on– with anything out of the ordinary triggering a warning signal for action. It means a person’s activity – or inactivity – can be monitored, so if regular actions such turning the TV and radio on, using equipment such as a walking assistant, turning on a hearing aid or even boiling the kettle fail to take place, early intervention can happen. If an anomaly is detected, a notification can be sent to a close relative or neighbour’s cell phone. In an emergency situation, first responders will be contacted at the same time, and in case of fire or CO hazard, gas or power mains could be turned off to prevent further damage. Detecting signs that might be early indicators of a heart attack, stroke or a preventable accident could ultimately help save thousands of lives.

Wedge Networks is tapping into the unprecedented demand for security protection that allows us to indulge our data-hungry lifestyles. Nearly 3 billion people access data every day on mobile alone, and this is only likely to rise in years to come. Yet we’re increasingly concerned about the way this data is used, and that’s reflected in the fact that the Security as a Service (SECaaS) industry is expected to grow to $30 billion by 2020. Indeed, this is such a hot topic that even Hollywood stars are weighing in, with Kevin Spacey recently appointed as ambassador for cybersecurity firm WiseKey. Wedge technology is cloud-based, which means that users can effectively protect their entire network and all its connected devices at the click of a button, without having to spend time and money installing and updating endless anti-virus programmes. This approach will become even more in demand as the Internet of Things becomes more prevalent, with the need to securitise the flood of machine-to-machine communications without embedding each individual device with separate security mechanisms.

ENABIL Solutions Processes over 8 billion transactions for their customers, delivering Customer Experience and Revenue Management solutions for companies of all sizes. In a nutshell, they give them the best of both worlds, working with partners such as Oracle to deliver a flexible service with the safety net that a large corporate infrastructure affords. This is indicative of a larger trend across the industry, which sees a shift in focus from proprietary models towards collaborative business partnerships. As a recent report by Deloitte outlines, through these collaborations it is possible to dramatically increase the size of the market, so that everybody benefits from a much larger opportunity, and Enabil is at the forefront of that movement.

Linquet is a device – about the same size as a 20p coin – that promises to make losing your personal items a thing of the past. According to one survey, people spend an average of 10 minutes per day searching for lost items, with phones and keys being the most misplaced. This innovative Internet of Things solution, however, can be attached to your valuables and then linked, via Bluetooth, to an app on a smartphone. Rather than just trying to find an item after it’s lost, it preventatively alerts the owner as soon as it moves out of a set range. Yet its usefulness is not limited to small items like phones and laptops. You can ‘linq’ everything in an office or home and be immediately notified of various events such as a pet wandering off, a child returning home from school, or a bike being taken out of the garage. It has great potential for use in sectors such as healthcare (where the device could be programmed as a panic button, for example) or in the retail sector to prevent shoplifting. 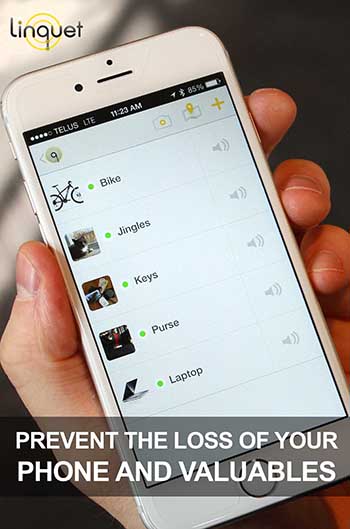 PressReader is the biggest newspaper and magazine platform in the world, allowing readers unlimited access to more than 5,000 premium newspapers and magazines from all over the world and dubbed the ‘Netflix of newspapers’. It has built relationships with thousands of publishers worldwide, each of whom distribute their full-version content through PressReader’s platform the moment it goes to print. Readers can use the app on any device to access thousands of titles without having to register individually with each publication or pay for individual content and titles. Available titles include the Washington Post, The Guardian, USA Today, Newsweek, Bloomberg Businessweek, Vogue, GQ, and thousands more. PressReader now has more than 30m users worldwide and reaches some 300m people through their network of business partners which includes clients such as hotels, airlines, restaurants and cruise lines. For publishers, it opens up a phenomenal distribution network for them, and they earn a royalty every time someone reads their content. In a time of uncertainty for newspapers, which recently saw The Independent forced to close their print editions and go online-only, PressReader demonstrates how it is possible to consistently monetise news content in the digital age.