Recently I flashed Google Apps onto my android phone (on Cyanogenmod), and this somehow broke the phone application so that calls came out silent on both sides. As far as I could work out the microphone and speakers were in use by a low-level google app and that was over-riding microphone input during calls. There’s probably an easy fix, but I didn’t find one so instead decided to go about re-installing the operating system and starting again from scratch. I don’t often get the opportunity to do this so I shopped around a bit, there are only a couple of big stable android ROM projects: Cyanogenmod (which I already had), MIUI, Open Kang, PacMan, and CarbonROM.

MIUI poked my curiosity, it’s open-source, and it’s made by a Chinese company called Xiaomi. They’re the third-largest phone manufacturer in the world, and they don’t sell in the UK so their phones are almost unknown here. 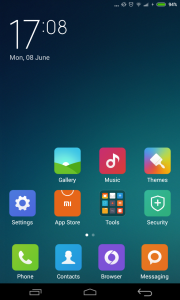 The design has been described as ‘inspired’ by iOS and I can see where that comes from, the smooth-cornered squares for icons, that slim battery icon, the muted white background of core apps.

It’s been purged of all google apps, the only app which remotely looks familiar is the camera, which looks exactly the same as the standard one. 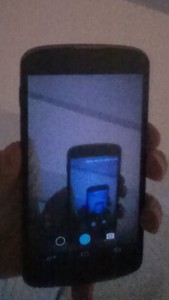 Otherwise it’s the standard fare – phone, messaging, email, notes, weather, calendar, calculator, music, gallery, and so on. There are some useful extras, such as a barcode scanner and a file explorer. The clock app seems like a re-skinned version of the stock android clock, and personally this version looks better. 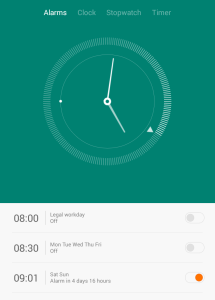 The app switcher is completely different, it displays how much memory each app is using and has a little ‘x’ to press to clear the cache. Swiping down locks an app, and swiping up closes it. It doesn’t include the current app in use, so the way of closing it is to switch to another app, then go back to the app switcher. It seems so silly that I’m sure that there’s an easy way of doing it, I just don’t know how. 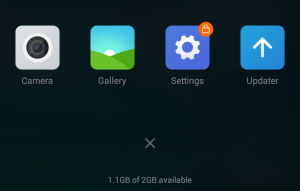 When swiping down from the top it doesn’t immediately show the menu with things like bluetooth, torch, wifi, etc. Instead it just shows all the recent notifications, and you get the menu by swiping left. Again, it’s silly and makes no sense. 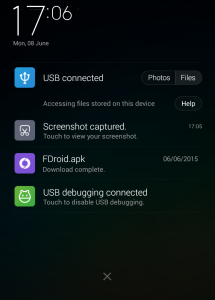 The english is mostly good throughout the system, but it does slip up in some areas, particularly on the app store where the words run over lines, cut off into spaces clearly meant for concise hanzi characters. It gives it a slightly amateur look, and more importantly it makes you wonder whether this is what the rest of the non-english-speaking world have to put up with. We get used to software made in english, made for us. That’s not what bothers me though, it’s too far a departure from the standard Android experience. The ‘back’ and ‘app switcher’ buttons on the bottom are switched around, the phone relies on strange services like Baidu, there’s too many little things which take me by surprise. I could get used to it in time, but I won’t keep it.