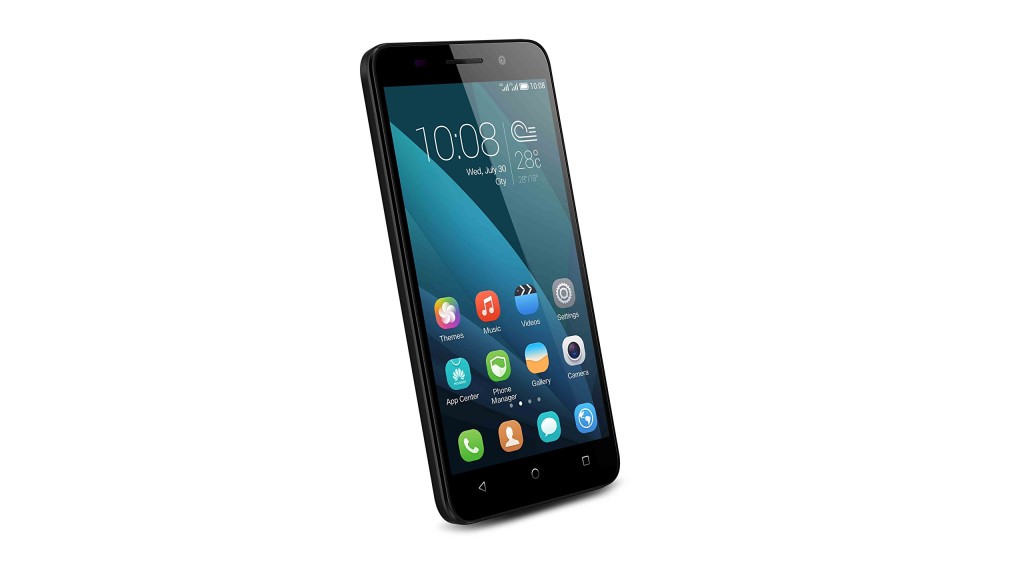 The Honor 4X is a very peculiar device. Costing only £149.99, and available from Amazon or Three, this device packs in what feels like a great device to hold and see, a great screen approaching phablet size, dual-SIM, 4G, a 13MP camera with  mid-spec under the hood characteristics, giving you an interesting feel over all. Is it disappointing, no. Is it great, no. Is it the best device in its price range, probably. The thing is, you see, it comes with Huawei’s EMUI skin on top of Android, and while the specs and the device itself are great, the EMUI experience leaves us wondering a bit. Anyway, read on if you want to find out more.

Quick look at the specs:

This definitely feels like a good, expensive device. Clean, with an interesting patterned back, it feels good in the hand, and has a beautiful screen, that works well in day light. With a size approaching a phablet, this phone is beautiful to hold and touch, and generally stands out from the crowd.

I definitely like how the back feels, and they make a point of it on their website as well. It is non-slip, and sticks well to your hand. 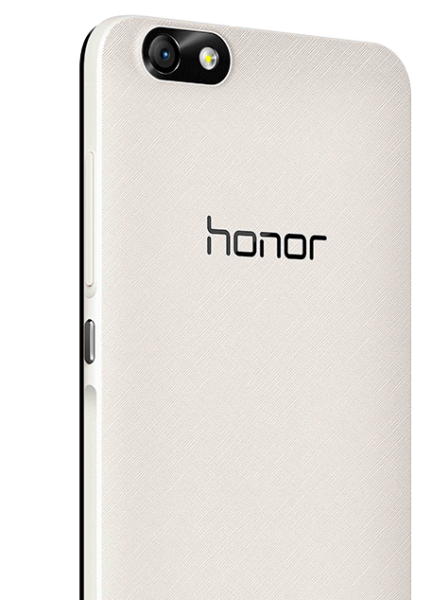 The front shows of the screen, and has the Lollipop styled Google icons, despite this not having Lollipop on it yet. There is a promise though. The icons are reflective, but do not light up, so if you’re in the dark, you will need to rely on muscle memory to make sure they work.

The back, as shown above, features a beautiful patterned plastic to help you hold the phone. The side features the power and volume keys, the top the 3.5mm socket, and the bottom has the speaker, the microphone, and the microUSB port, which is not exactly centered.

All in all, a great look and feel.

EMUI stands for Emotion UI, Huawei’s skin on top of Android. Since Honor is Huawei’s range, it also features the same UI, bringing you Emotion. It is an interesting mixture of features between both Android and iOS, with all the icons featuring cute rounded corners, and lack of App drawer. There is, however, a notification screen that gives you times for every notification received, and an editable ‘short cuts’ bar in the notification area allowing you access features such as WiFi, Bluetooth, etc.

There is also a constant ‘consumption’ reminder which lets you know which apps are sucking out the most battery life. For example, it surprised me over and over again that SwiftKey was guilty of being the heaviest app in use. If you close it, it defaults your keyboard to Google, which is annoying if you are used to using Swiftkey. 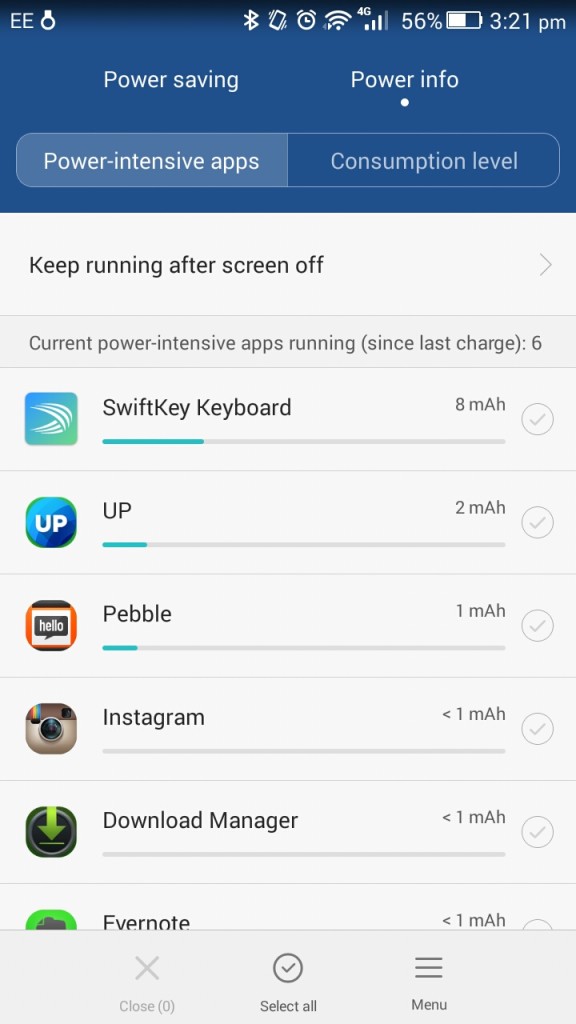 Our review model also came packed in with some Beta features, which obviously means that some of what you hear/read here may not apply to what you will get when you buy the phone. For example, my review set contains diagnostic features that you can use to report if you think the phone is getting too hot, calibrate certain sensors etc. This does mean that the EMUI most consumers will get will probably be more polished, slicker, and definitely less buggy.

Speaking of buggy, were there any bugs to report? Well if I had to, there was one that definitely annoyed me. It seems to stop apps from doing things in the background. This means that while Gmail works and sends me pings, other apps need to be opened to see if any new emails are there. Same with Twitter. It notified me at times, but not always. Similar thing was observed with Instagram. Is this a bug or a feature? I can’t say, but it was annoying. Push features are something I rely on, and that was a bit annoying.

I also found that at times it would disconnect my Bluetooth connections, for example to my Pebble, or when I am driving, to my Handsfree set. I imagine all of this comes from the clever power management they have thrown into the device, but there is a fine line between plugging your phone in and not wanting to plug it in at all.

The other problem that EMUI presents is that for a phone that features 8GB of total memory, EMUI plus Android take up 4.3GB of it, leaving you with only 3.7GB to do your thing, including apps, etc.

Having said that, it is fast, responsive, and quick, and I haven’t really had any ‘hang ups’ or cases of frozen phone.

So much of your experience with this phone relies on the EMUI that you tend to forget about focusing on the other features.

Interestingly, speakerphone is rather soft, and I found it to lack the punch I normally need.

Battery  life is really impressive, though it might be coming at the cost of push notifications. I almost always got to the end of the day with 30 odd percent remaining, and being a heavy user, that is great.

It packs in a 13MP rear camera, which gives you decent, well detailed results in good light conditions. Here are a few sample images: 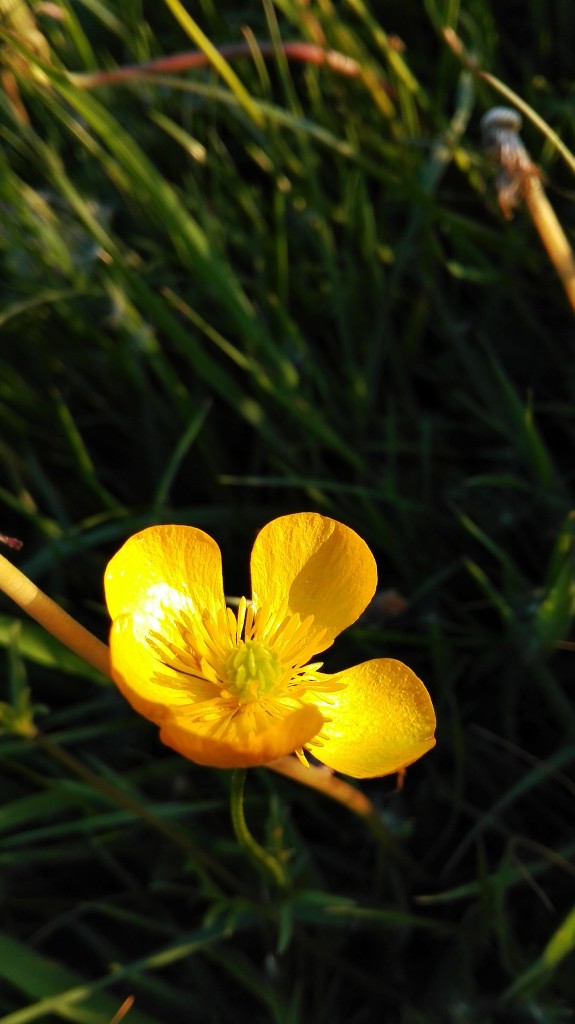 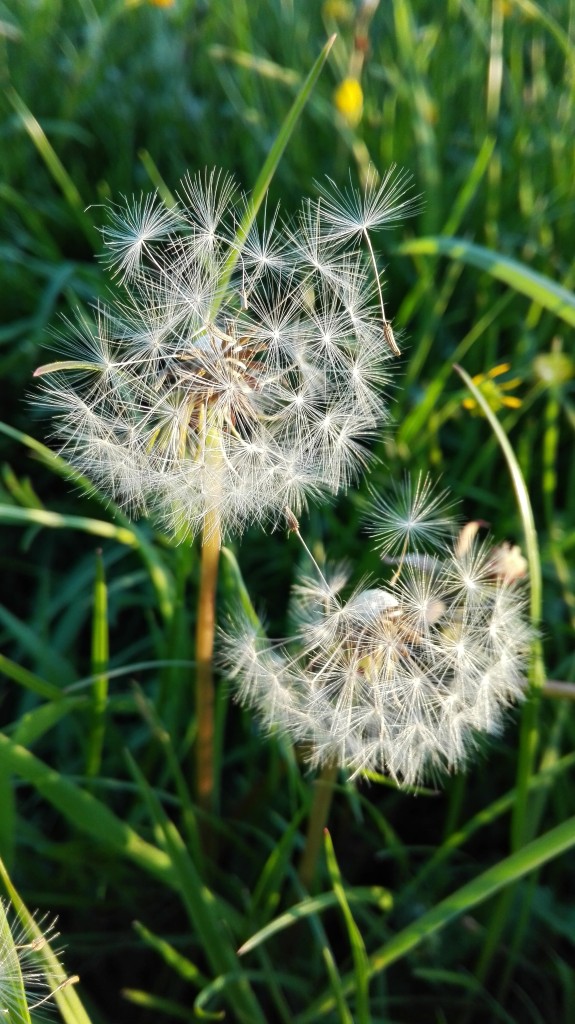 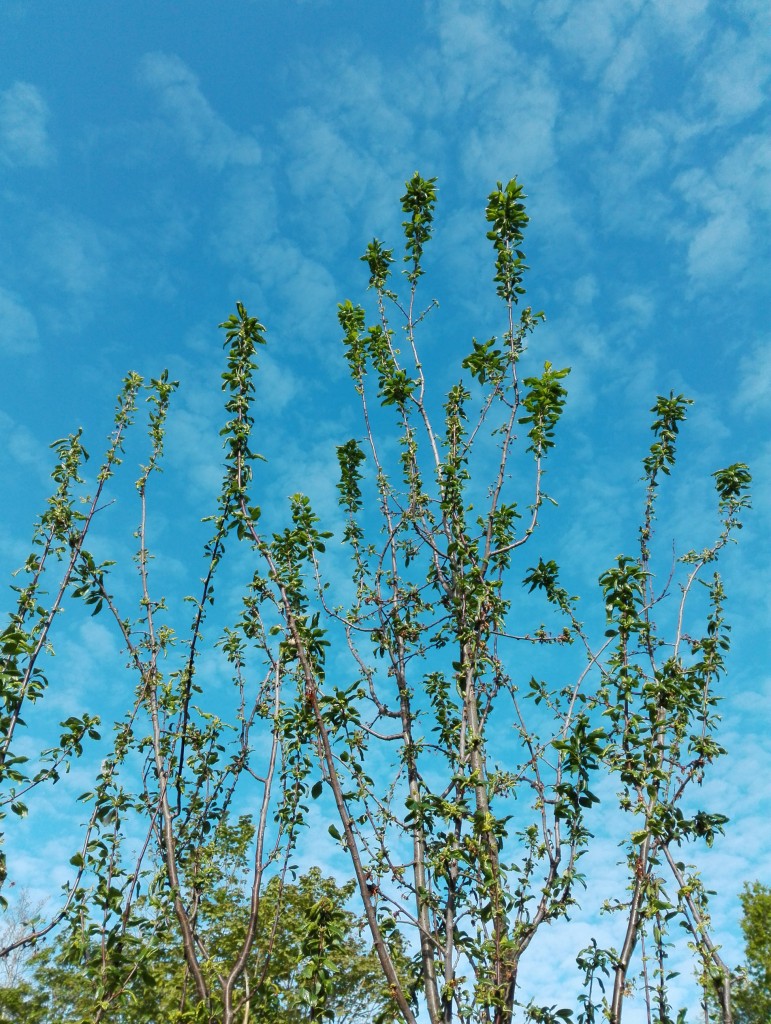 It did struggle at night though.

It retails for under £149, and can be bought from Amazon.

With all the great value for money this phone brings, I am a bit confused. It packs in great specs, a decent camera, a great screen size, and yet costs only £150. My only qualms come from EMUI, and since I have a review unit with beta features, I am not even sure if those are justified. All in all though, you want a great sub 150 pound device, look no further, but definitely get an SD card!