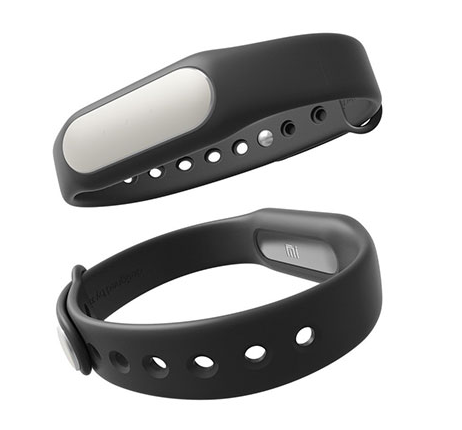 In a market starting to get heavily saturated with fitness bands and devices, the Mi Fitness band by the Chinese company Xiaomi is a breath of fresh air. Why? It offers a 30 day battery life on a single charge, is waterproof, monitors your sleep without having to activate it, has a gentle alarm to wake you up when you’re in light sleep, vibrates for notifications, and does all this at the great cost of only £29.99.

You may be suspicious, and so was I, but there really isn’t a catch here. The device is good, and it delivers. If you want to be fussy, here are a couple of niggles:

Not much else really. Obviously, I am here to help you through these niggles myself.

As I have just mentioned, there is no set of English instructions. The device also doesn’t have a button or interface on it, so to begin with, you feel a bit lost. The best thing to do is just to plug it in for a full charge. It takes a while, but since it lasts 30 days on a single charge, there isn’t much to complain about here. 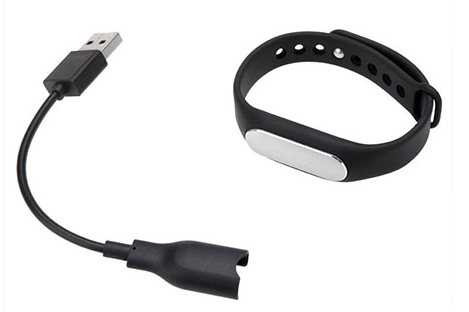 It comes with a specialised charging cable that fits around the fitness hardware. The ‘bit’ itself pops in and out of the wrist strap easily.

Once charged, look for the ‘Mi Fitness Band’ in your Play Store, and I imagine it will be something similar in the Apple App Store.

It talks you through creating an account, and unlike other setups, which like email addresses or Facebook/Google ids, this one uses your phone number to identify you. It will need to send you a text to verify your number. Once setup, you fill in your details, and off you go.

Next you have to pair your device. It tends to look for the device, and once found, you have to tap the band to let it know you have found it, while the LEDs on it blink. I found that at times (I have done this a few times), it couldn’t find it, and you had to look for it again. It did get it on the second go normally.

Once paired, you are good to go. 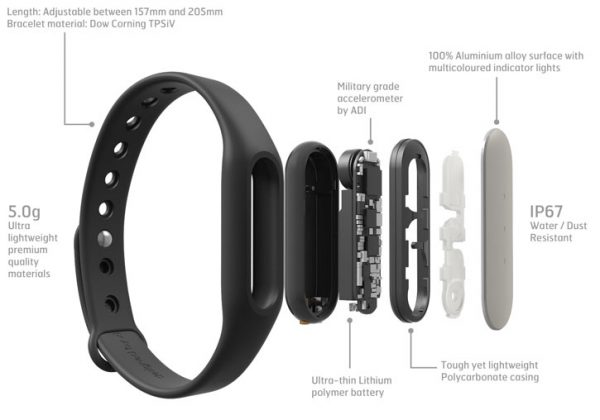 The app itself gives you two main feedbacks. Your exercise of the day, and your sleep. You don’t have to do anything to activate the sleep mode, unlike some other fitness bands, though I did read somebody complaining that the band thought they were asleep while they were watching a movie. I guess it looks at ‘sleep’ as a period of restfulness.

There are other features available in the app, such as looking at your battery level, setting alarms, looking at your past sleep/activity history, using this for notifications, etc.

There is built in feedback on the device in the form of three LEDs, and vibration.

There is bit of knack to this, and I have only rarely managed to do this.

However, when you hit your goal, the device vibrates and the LEDs blink to let you know of a job well done.

Now, the business end. How well does it track? I did the old trick of using this with another device, in this case, a phone in my pocket, and the Pebble with the Shine app. The steps that were measured were within a few percent of each other, which meant it was fairly good.

Sleep tracking was a bit  more difficult to check as I didn’t have another sleep tracking device to compare it with. However, I was extra aware of any times I woke up in the middle of the night, times I went to bed, woke up, etc. It recorded them all as I expected. It measures time you go to bed, to the time you get out of bed, with light sleep, awake times and deep sleep in the middle.

While I am unsure how the data is useful in my daily life, I still find the numbers interesting.

One great feature I love is the alarm. It looks to wake you up about half an hour before your set alarm time, and it does so by giving you gentle nudges while you’re in light sleep. The nudges get harder as the time approaches. A gentle tap on the screen kills the alarm.

You can also set this to vibrate when you get other notifications. I haven’t used this extensively. It does work for calls, but I have a Pebble so I hardly used it.

More information on the Mi Fitness can be found at Mobile Fun:

As mentioned before, it retails for only £29.99

This is a feature full device, at a ridiculous price. The Mi band sets a high bar at a very low price, bringing some exciting competition to the market. Add the features to the battery life, and you have yourself a winner!