How to roll your own local app store with F-Droid

There’s a tendency for people who release Android apps to treat the Google Play store as the single monopoly app repository. If a company’s got an app ‘on Android’ that’s usually short for ‘on Google Play’, assuming that every device running Android has got access to Google Play. That’s probably true for most users, but I’m in that small minority of people running a custom ROM (Cyanogenmod 11) on my smartphone. Hopefully as the Android ecosystem opens up more app platforms will proliferate, or people will end up hosting the executable themselves, like they did before app stores. Either way, the problem I had for months was that I wanted to listen to BBC radio programs with the iPlayer app, and I couldn’t because it was only on the Play store and Amazon’s store.

There are workarounds for the iPlayer, and a Chrome extension which will fetch the apk from Google Play. Recently I found another method, F-Droid added a feature allowing anyone to host a local repository on their device. So if you’ve got an app on your phone, it doesn’t matter where you got it from, you can share it with someone else, and it’s surprisingly easy to do.

First off, get your Google-android device with access to the Play store. Open F-Droid, go to ‘swap apps’ and then go select the apps you want to share. 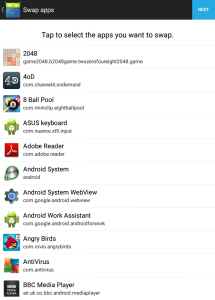 It’s going to do some stuff, takes a few seconds.

Join the same network as the device you want to swap with. 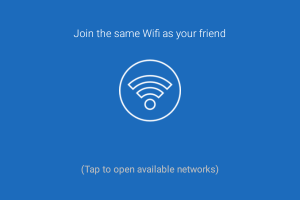 It prompts to connect the two devices via NFC. I don’t have that so moving on. 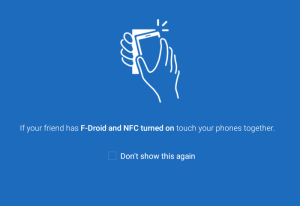 It gives you a QR code, scan it or enter in the IP address into a browser. 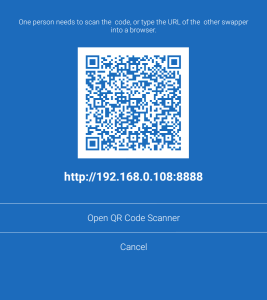 Too lazy to type out the address, so whip out the code scanner on my phone. 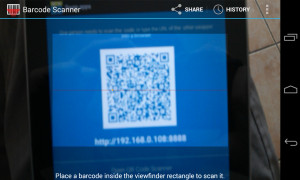 Open the url in a browser, it asks whether you want to get apps from your other device. 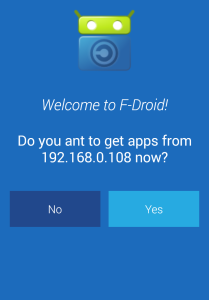 Poke the app you want from your other device. 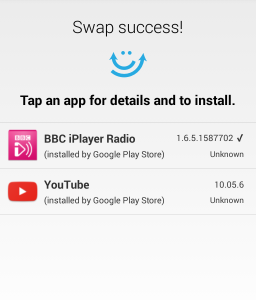 It takes you back to F-Droid where you can install the thing. 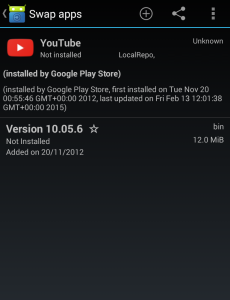 And then it installs, just like any other app. 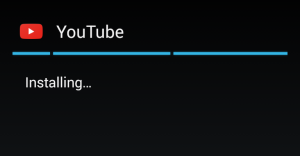 Unfortunately YouTube relies on other Google services and it crashed immediately after the start screen, but iPlayer radio works fine. I know I’ll have to update the iPlayer at some point in the future, and the same for any other apps I sideload onto the phone, but it’s a small price to pay for those Play store apps.

Lastly, I haven’t actually checked but I’m guessing this breaks a few of the Google terms and conditions. So far I’ve only used it for apps which are gratis, I don’t know if there are any software restrictions on transferring paid apps.