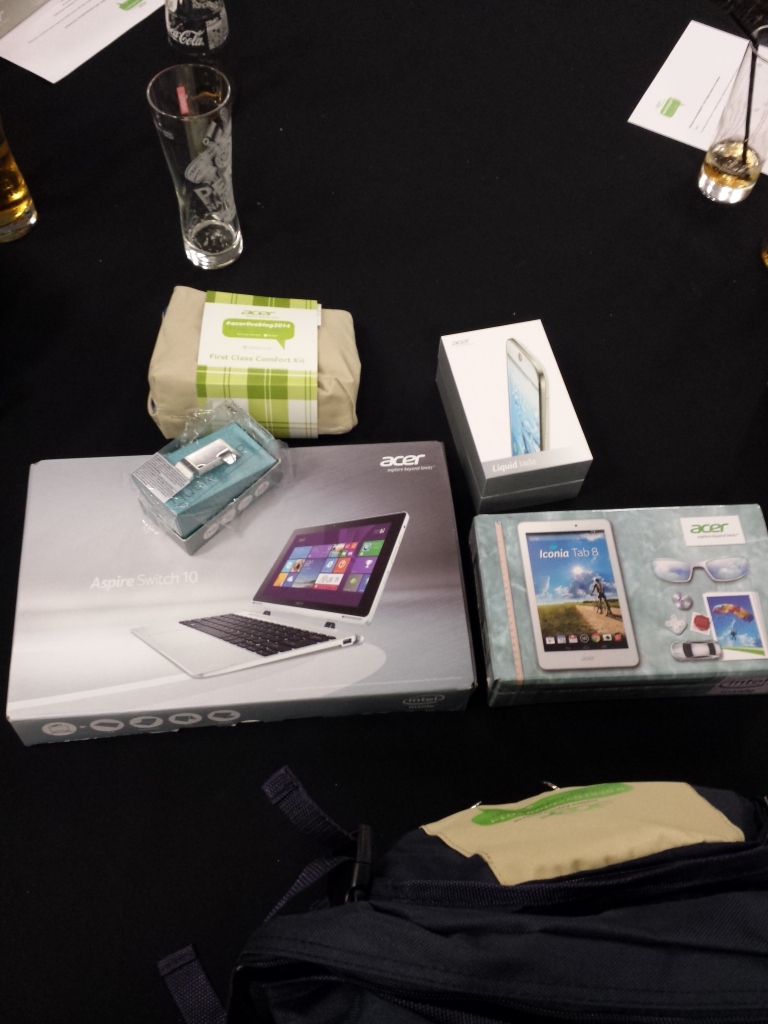 Here is an interesting one. I happen to be sitting in Edinburgh right  now, about to embark on a set of challenges set to me and my team by Acer. Let’s play some harps, and do one of those flashback videos, as the camera pans back and looks at me typing, as I look up in the distance and stare thoughtfully, or hey, if you’re a Friends fan, do the ‘smell the fart’. Anyway, it all started a few days back when I got an email from them, asking if I fancied an adventure in Edinburgh, and the answer was of course yes. So, me and a bunch of other tech journalists get together at the Wesley Hotel near Euston, where we are handed our ACER backpacks. The content?

I have been teamed up with Tomi from Gadgetsboy.com and Marcus from RounderReviews.co.uk. Our challenges include the following:

The adventure included us traveling on the Caledonian Sleeper, which involved going to bed at around past 2 am, and getting up at 7 again as the train pulled into Edinburgh. Not a time I like to be up on a Saturday. Since then, we have moved to the G&V, been given our challenges, a bus pass, and are now busy setting up our devices. Oh, by the way, the internet in the hotel is not really up to par.

Anyway, as I type away, I have realized that the Switch 10 keyboard has been a bit funny so far, as in it has stopped working a couple of times. A quick unplug and plug did sort it.

So yeah, watch this space, as I will be updating all the activities I get up to today. Follow me on the following channels and keep an eye on the hashtag #AcerLiveBlog2014 on Twitter and Instagram.

One thought on “#AcerLiveBlog2014 – The challenge begins”