Google Glass – stepping into public, one ban at a time! 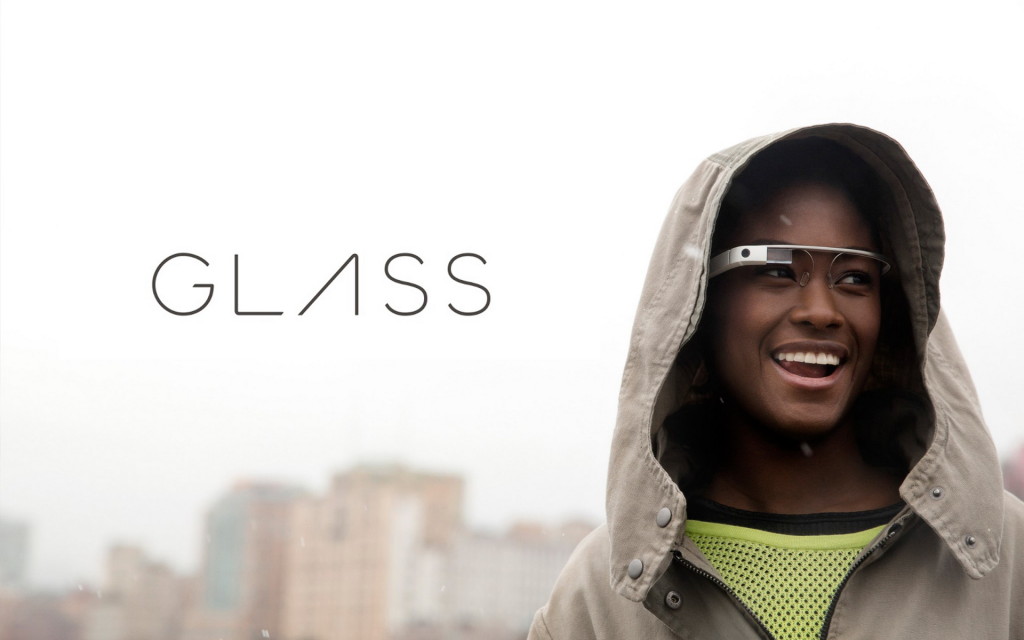 We live in weird and wonderful times, more so when it comes to the latest technology and gadgets. Companies like Google and Apple are among the bringers of new technology, or in the case of the latter, refining many a product and helping them integrate with our daily lives.

The Google Glass, and forgive me for the ‘The’ in the beginning of the sentence, is one such product. It could totally change the way we live our lives, but it is yet to be something that has either been accepted socially (mostly because it is too new), or be fully integrated, mostly because not only is it too new, it is also a bit expensive (for a toy), and so far poses more questions than it answers.

However, there are other forces at work here, that are against it too.

States in the USA have been banning people from wearing these while driving, while in the UK there is a ban on using them in cinemas. Bearing in mind, most smart phones are capable of a lot better video quality, and almost every person going to a cinema (the lucky few who can afford to) probably has one in their pocket.

A bit annoyed perhaps, or a bit worried about this resistance to new technology, I turned where I turn the most when I have such queries, Twitter, and popped the question. It was, in fact, the Google Glass team that responded: 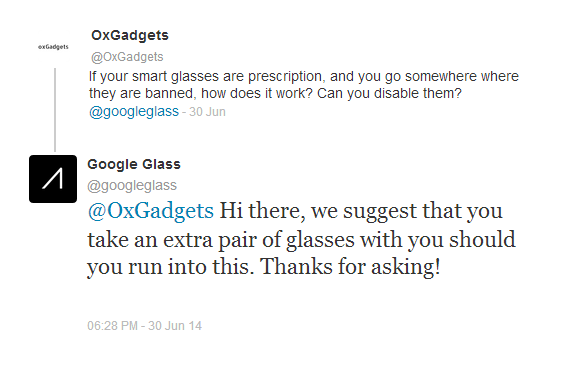 I have posted a screen shot just in case things change, but for the sake of completion, the link to the above tweet is here:

Of course, the simple fact is that if I did have to carry a ‘spare pair’ with me at all times, it will mean that I will drop using Google Glasses.

Now this is where I must ask a few questions:

I leave all these questions to you. It would be interesting to hear your thoughts, and perhaps get a discussion going. I understand that the article is a bit late considering, but it is still applicable.

3 thoughts on “Google Glass – stepping into public, one ban at a time!”