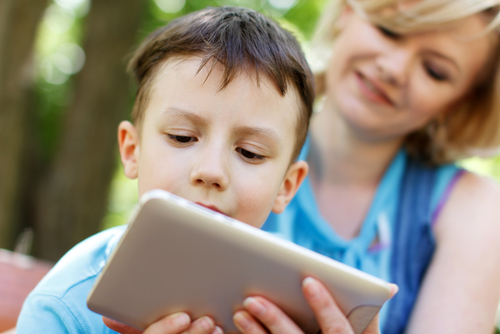 High-tech gadgets are not just for the lads. If you’re stuck on what to get your girlfriend, wife, partner, daughter or mum for her special day, take a dive into what really catches her interest. Chances are, there’s a techie gadget she’ll fancy that meshes perfectly with her lifestyle.

News Flash: women not only like technology, they buy more high-tech devices than men, according to Wired, which found that women purchased major high-tech electronics more often than men, including mobile phones, tablets and laptops. (Men only led in purchases of high-def televisions.)

Because she likely already has the big items, think about accessorising what she already owns. Speakers or high-quality earbuds are an option, especially if she works in an office environment. Many come in clever shapes and designs, and are wireless as well.

Or get her something clever and practical. If she cycles for fun or to work, new high-tech accessories highlighted by BBC News offer new ways to stay safe.

More women in the U.K. own mobiles than men, says The Guardian, and they prefer Blackberry over other brands.

Think about how gauche it is to have a mobile case that clashes with one’s handbag. Check out her collection—you may have to be a bit surreptitious for this—and see what you can find that will go with her favourites. Or play it safe and get something smart-looking like the Case Mate Brushed Aluminimum Case. It’s “crafted, not made,” as one reviewer raved, and is “light and thin, feels good in your hand and has a nice non-grip slip.”

If your gal’s younger or just particularly hip, she’s likely to be an Apple fan, which gives you lots of colourful options. be.ez., the French brand for Apple’s accessories, has cases in black, white and stripes of all hues. They’re inexpensive so splurge a little and buy a few.

Did You Make a Muddle of Mum’s Day?

Women do love being surprised and if Mum’s Day didn’t work out for whatever reason (“You’re looking at football today?”), make up for it without being obvious. Get her something that says “just because you’re so wonderful” like a plant or gift basket. Check out delivery services like FTD for ideas.

Throw in something else that’s purely fun. Geniegadgets.com sells cheap but cute Pac-Man Ghost lamps and a shiny, tiny, trash bin to sit on her desk. Try to resist the stuff for blokes, though, including the RoboCup and “I’m a Twat” coffee mugs.