Ubooly, the multilingual interactive learning toy, launches in the UK 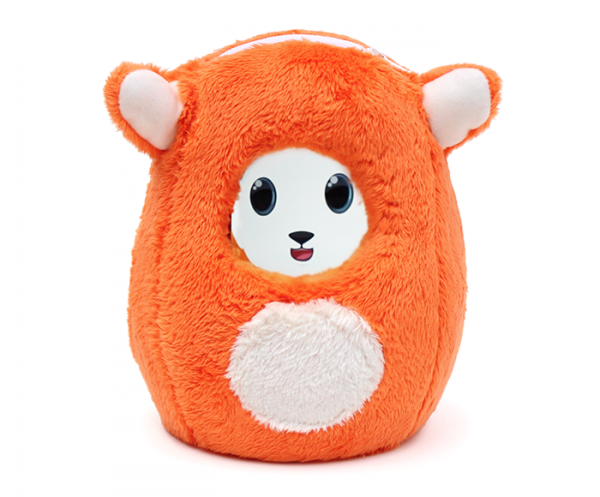 If you have small children, and are trying to come up with some inspiration for what to get them for Christmas, then we might have just the thing for you. Of course, being tech-minded folk, this isn’t just your average plush toy – but rather a plush toy with a smartphone brain.

The Ubooly  is an interactive learning toy that is able to learn your kid’s name, birthday and interests and will deliver customised interactive content to help keep your child engaged and learning for longer. You can load in educational play packs, and it can automatically update over WiFi and has voice recognition built in too. It comes in two different sizes – the smaller being powered by an iPhone or iPod Touch, and the larger being powered by an iPad mini.

We are hoping to get one of these little cuties to review, so will keep you posted if and when it arrives. To find out more on what Ubooly can do, read the full press release by expanding the box at the end of this post.

Ubooly currently have a Kickstarter campaign running where you can show your support by pledging to back the project. This is due to end on 23 October, so get in quick!

Alternatively, Ubooly will retail for £24.95 and is available in Orange, Green and Pink. If you are keen to get one in time for Christmas then Ubooly are now accepting pre-orders on Ubooly.com and they will be available in Apple stores from the 1st of November.

LONDON – 17th October 2013 – Ubooly, the interactive learning toy with a smartphone brain, has today launched in the UK, providing children across the country with a truly educational experience to their playtime. Coming in two sizes, a small Ubooly is powered by either an iPhone or iPod Touch while a jumbo Ubooly works with the iPad mini.  With automatic updates over Wi-Fi and voice recognition, Ubooly delivers interactive content that will keep kids active and learning as they play.

Its unique platform teaches, plays and grows with your child and boasts one of the best retention scores in the industry. Children engage seven times longer than comparable toys with fun adventures, experiments, jokes and stories. The ‘Smart Toy’ has translated over 250,000 words – equivalent to the length of nearly four novels, to make the experience as rich as possible, while the content itself is designed by a team of educators and therapists.

With more than 20 lessons and helper packs available children can learn core skills through games and hands-on activities and choose from a variety of interactive educational lessons including Alphabet, Counting, Oceans, Space, French and much more. Customisable and with speech recognition, Ubooly also tells stories, plays games, sings songs and can interact with other uboolies making play and learning social with other children.

‘Ubooly was created because the toy industry is broken. Big toy manufacturers are focused on the sale, but couldn’t care less about retention. That’s why I’m so delighted we can bring Ubooly to the UK. Ubooly fosters a very different experience than what’s on the market, and I think parents will appreciate it as an alternative to other toys”.

Ubooly learns each child’s name, birthday and interests. Parents can also customize Ubooly with educational “Play Packs” which help kids learn their ABCs, counting, basic maths, a foreign language and more. There is also a whole social element to Ubooly as well where two or more uboolies can interact with each other making playtime and learning shared amongst children.

Carly Gloge continued, ‘What’s so unique about Ubooly is the length of time that it keeps kids engaged, which we know is certainly not easy! Parents can rest easy knowing Ubooly is promoting and enriching their kids’ imagination and education’.

The company has reengaged with Kickstarter to fund the development of an updated app, educational play packs, and translations to Japanese, German, Spanish, French, and Italian.

The Kickstarter campaign, which is still inviting sponsors, has collected valuable data on the relative demand from non-US market. For example, Ubooly is now fully multilingual where jokes are specific to each country; an Ubooly in the US might snack on grilled cheese, whereas his Japanese counterpart will enjoy rice balls.

Ubooly, £24.95 and available in Orange, Green and Pink, is now accepting pre-orders on Ubooly.com and is available across Apple stores from the 1st of November.

Connect with Ubooly on Facebook and Twitter to keep track of his funny stories, games and adventures.