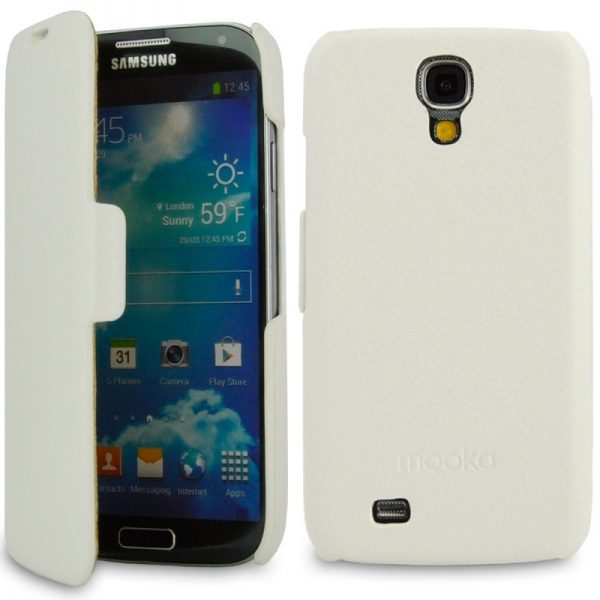 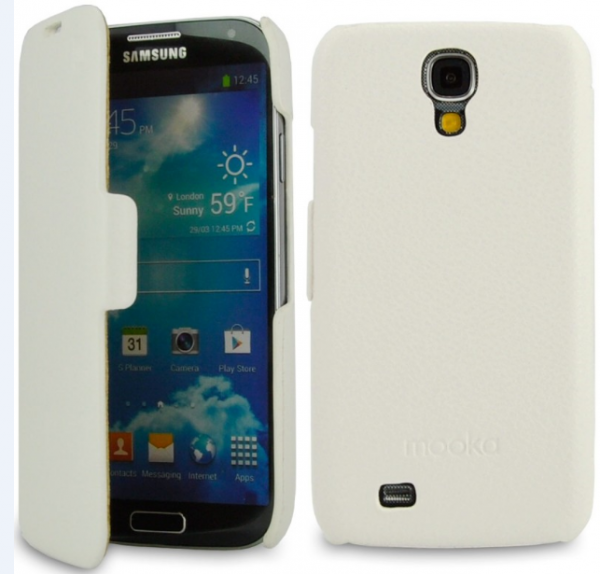 It isn’t often that I get excited about a case for a phone. Thing is, there is no running away from a decent case, but they come with their own quirks. They add to the size and weight, and some of them actually look and feel shabby too. However, when I had a look at the case I am reviewing, I was pleasantly surprised.

Mooka is actually a Yorkshire based British company, that specialize in making cases. What sets them apart is that unlike almost (I think it is safe to say ‘all’, though probably ‘almost’ is the correct term here) all accessory manufacturers, they do not make a single case for the iPhone or the iPad. They make an array of cases for the Samsung Galaxy S4, the HTC One, and the Sony Xperia Z. Being an engineer myself, it is only natural for me to support a British company!

The Side Flip Case is made out of genuine leather, and comes with a lovely soft grain finish. White on the outside (available in other colours too), while the inside has a soft touch finish to protect your device’s screen. It also features the Mooka logo. In fact, Mooka claim that the beauty of leather is that it only looks better with age, and such is the case with their case too! However, I cannot really comment as I haven’t quite had it for that long. 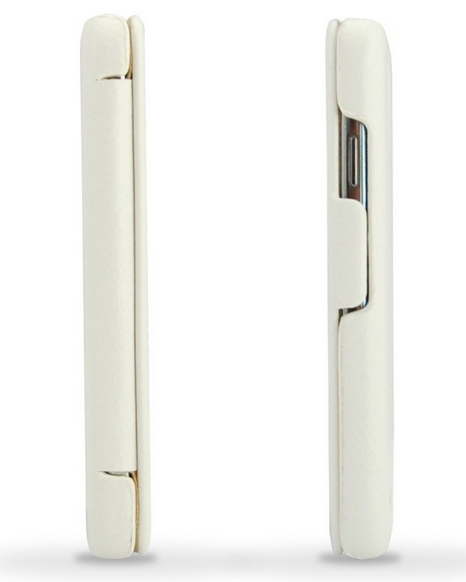 The phone is held in place thanks to the well designed frame of the phone, which lets you slide the phone softly into it, but holds it in place properly once in. As expected from a case of good quality, all the peripherals such as the camera, and the ports are open.

The only issue is that with the phone case closed, the volume keys are not accessible, and that can be an issue depending on how you use the phone. However, this is something I have noticed on all side-flip styled cases for the Galaxy S4.

Overall though, it looks good, feels good, and doesn’t add much bulk to your phone either.

More information about the case, as well as buying information can be found at the following link: