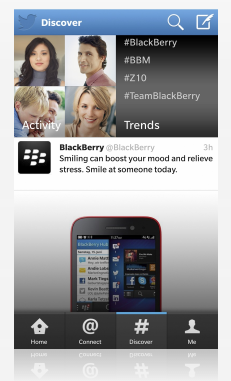 While testing the Blackberry Z10 as well as Q10, one thing we complained (or observed, whichever way you look at it), was the fact that the Twitter app for the format was way behind on features as compared to the Android or iOS. Add to that the fact that not many other apps exist on BB10, it did get in the way of tweeting experience. One solution I found was to setup the Twitter account as one user, while use the other user on the browser. It works, but is fiddly.

So today, the announcement that Twitter 10.2 is available for BB10, which brings multiple account logins to the app, made me a happy bunny.

While this comes later than the competition, it is a step in the right direction. We, definitely, approve.