With so many things to charge, wires can be a pain. On average I probably charge four gadgets a night which would mean four different wires trailing about. I really like the idea of wireless charging and hope this is built into more technology over time. I know everyone will have their own version of the charging plate but having one that is universal will mean taking up less room and decreasing the amount of wires needed.

I am using a Nokia Lumia 920 to review the qi-universal charging plate but it can be used with many different Qi enabled devices. 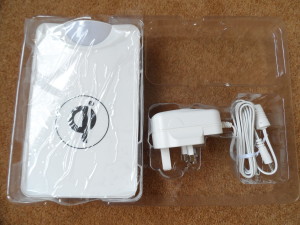 I have to admit when I opened the box I was expecting more, maybe a large manual! When ever I have bought a new gadget I have always had a manual to flick through. Well with the ‘qi’ there was a small leaflet, and surprisingly that was all that was needed.

There is not much to say about set up. I was expecting to have to enable something on my phone or do something fancy with the unit but I just had to plug it in and lay my phone fairly central on the plate, it was as easy as that! 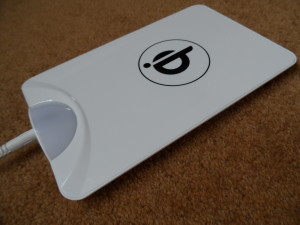 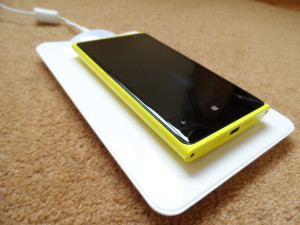 The charging plate is very light and nicely designed. My only negative comment would be about the charging light, the actual light is a little over an inch wide and glows blue when charging. In a dark room the glow is quite obvious and reminds me of a childs night-light, I don’t think the light needs to be that large but on the other hand it didn’t keep me awake. 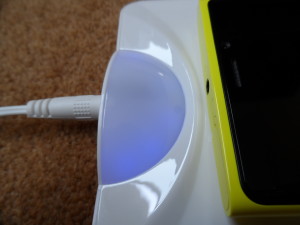 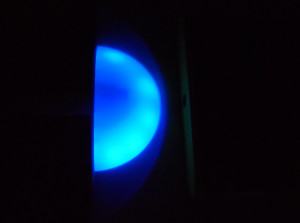 Underneath the charging plate are four rubber stoppers which keep it in place when on a slightly uneven surface, the plate itself is smooth. I have heard mixed things about charging with a cover on your phone, I think it shouldn’t be too much trouble depending on the thickness of the cover.

My only concern was that my phone would take longer to charge on the qi than by cable. To compare charging time I let the Lumia drain its battery and left it on the plate, I drained the battery a second time to see how long it took the Lumia to charge by cable, there was no big difference to gain a full charge.

I really like the qi, it is so easy to set up, very easy to use and for £29.99 I think it is great value. I got the qi from the lovely people at Mobile Fun.

You can find more  accessories for the Nokia Lumia 920 here!