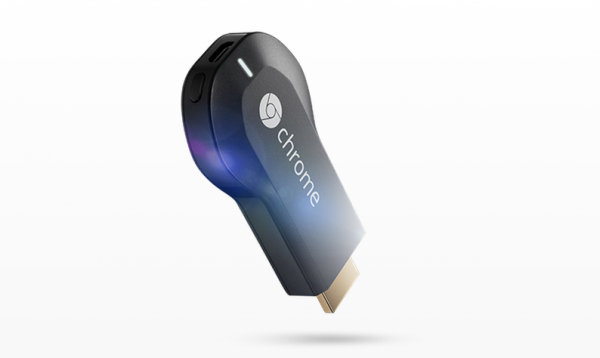 By far the most exciting thing to come out of the Google ‘breakfast’ held this week was the Chromecast. What was even more impressive was the fact that Google managed to keep it under the hood.

This is another one of those TV streaming devices that you plug into your HDMI port, and can view various media on your television using this. It is a bit more than that though, as it does not work as a stand alone device. It pairs with any device you have that uses Wifi, and this streams media from that device on to your television.

So, what is so special about it?

The biggest thing that is special about it is by far the price. It is being sold in the US for $35, which is not only a great price, it is massively less than every other competition.

The second great thing about it is that it works with any platform out there.

The device does not come with any remote, and will require you to pair it with a device to stream video through it. As already mentioned, the great thing is that this will pair with anything, whether you have an Android smart phone or a tablet, a Windows machine, or a Mac.

While we do not have one of these to play with, and they are not yet available in the UK, we have done some research on the topic. As far as we can see, the setup is a fairly straight forward process, and there isn’t much to it.

Once again, while we haven’t had a chance to test it, it seems like the video quality is fairly good. Since your computer/device serves as a middle man between the video and your Wifi, there are reports that it can have an adverse effect on the streaming quality.

So what do we have to say about it? We think it is a wonderful device, specially for the price. One of the main questions is whether the price here would be the same or not. We’ll definitely be getting one once it hits our part of the world, even if just for the sake of curiosity.

3 thoughts on “Google Chromecast: Our thoughts”