Fixing a broken HTC ONE X, and recovering your old software

In this article, Becca tells of her tale when her HTC ONE X started to show some battery issues. She goes through how she reported the problem, how HTC responded, and what she had to do to get her phone back in its original state.

I’ve had my HTC One X for just over a year now, my first Android phone since leaving the evil empire known as Apple. In reality, I’ve just swapped one evil empire for another – Google but the iPhone wasn’t progressing enough for me and it was becoming a fashion accessory rather than a technological advance. 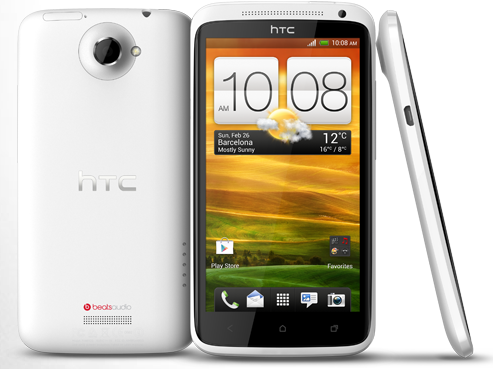 From the word go, I loved my One X. Sound quality is fab, especially when the Beats Audio kicks in. Call quality is pretty good, occasionally it would go a little quiet but it’s still louder than my 3GS. Photos are AMAZING, the camera really is something special (forget the front facing camera though as that is pretty awful.) I’m not a big app user and don’t play games but the apps I do use are multiplatform anyway so the same experience whether you’re on Android or Apple. And the battery life is (was) great, a full charge would last me around 14 hours of fairly heavy use.

Everything’s been good then until two months ago when my battery life plummeted. A normal day for my phone is checking emails and social media first thing, tweeting on my bus journey to work, a few photos for Instagram and then sitting on my desk most of the day on standby. A few phone calls at lunchtime. Social media again on the journey home and by the time I got home, I would still have at least 30% battery remaining – my iPhone would be fast asleep by this point.

Suddenly though my phone would be dead before I even got on the bus home! It would be on Wi-Fi at home and at work, all the notifications were off so it really would be doing nothing for the work day and yet it would be completely dead by 5pm.

The HTC Twitter team are lovely @HTC_UK and after tweeting them my woes, I got a list of instructions on how to check my battery function. This involved keying a series of numbers on the keypad which opened up a diagnostics similar to a computer BIOS, checking all the relevant functions. It passed all their tests so I continued to use my phone but slightly less. The battery got worse and then the phone began randomly shutting itself down one afternoon when it apparently still had 40% power remaining.

This time I called the HTC support and was advised to do a full factory reset. Obviously it’s always a good idea to back your phone up before doing this but as I save all my bumpf to the cloud, I didn’t bother. One factory reset, a full battery, three photos and four hours later – dead phone. Not a happy bunny!

Back to HTC on the Monday, called them at 10a.m with my IMEI number and they arranged to collect it for service later that day. Just over an hour later UPS were there to collect it – I hadn’t even taken the SIM out yet!

Thursday UPS were back with a package for me and inside was a brand new phone. Sadly it wasn’t the new One but this is more than good enough. Excellent service from HTC and my only comment would be that I never received the tracking email to see how my phone was doing – but that made it a nice surprise when it turned up earlier than expected! Right now it’s on 51% and has been on for 8hours and 24 minutes with some fairly heavy use today, a massive improvement.

It took a considerable amount of time to get the new phone back to the same layout as the old device. Luckily Google’s Play Store can update several apps at once and as I had already selected Automatic Update on most apps, the phone chuntered away happily updating and reinstalling everything. There was a few I needed to manually update which only took a few minutes. Google also stores all my contacts so once I had signed in, they were all back in my contacts. Music is stored by Google in the cloud so that automatically got added back. My photos are the only thing that aren’t back in the Gallery – but as they are all in my G+ account as well as other places such as Facebook, Twitter, Instagram that isn’t a problem.

Putting everything back in it’s old place is an on-going task. I always forget the layout of my apps and widgets until I go to look for one and it’s not there! And I’m still doing this four days later… On the other hand, it does mean that you get to do a little housekeeping and get rid of those apps that have been cluttering up you phone!