Bluetooth Keyboard and Case for Nexus 7

Here at OxGadgets we love our accessories and devices. As you may have noticed, one of them happens to be various keyboard/case combos that are available for the various devices out there. This time we present to you another gem that is being sold by MobileFun and this is probably the best keyboard/case combo we have tried. More about it and buying/pricing can be found at the following address: 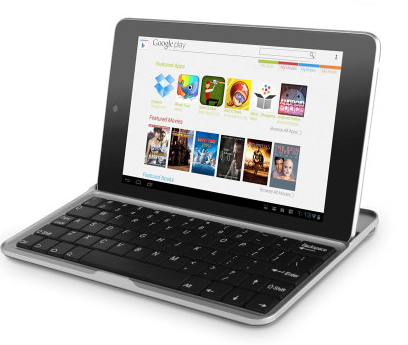 The review has two elements to it, the case and the keyboard. 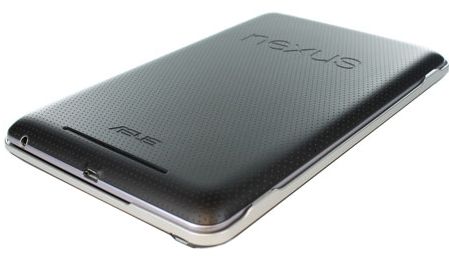 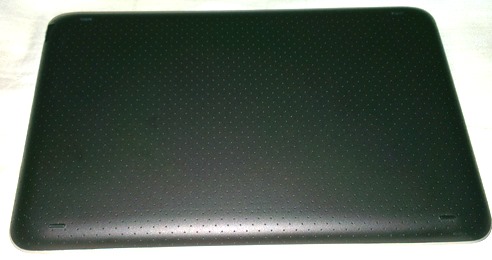 As a case, it actually covers the screen of the Nexus 7 and leaves the back exposed. However, this is a good formula as this means that the protected device is still quite thin.

The case (and the keyboard) itself is quite light, which means that people who do not like to carry thick packages as their devices with cases need not worry. As can be seen from the pictures above, the case itself has a similar finish on the back to what the Nexus has, which means it not only encases it perfectly, it also matches it.

The case itself is quite sturdy, and it provides protection from all corners. It also passes the ‘bend’ test, where I wasn’t able to bend it. However, if the back of your Nexus is showing, and somebody hits it, then you are on your own. However, based on how this is designed, I feel quite confident carrying my Nexus in my bag with this device.

When open, the case also has a slot where you can slide the device (see picture above) and perch it in landscape mode. I tried it in portrait mode, and it wasn’t quite stable. It works, but any disturbance may cause it to topple.

When the case is on, you have access to all the ports and buttons. This is quite good as most cases get in the way of them somehow or the other, even if they allow you a window.

The only thing that concerned me was taking it off, or opening it. There are tabs to do it, but I seem to have to look at how to open it. I am sure with a bit of practice this will not be the case any more. 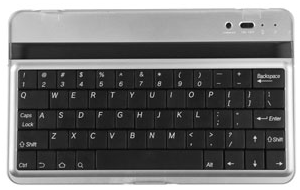 As far as the keyboard goes, this is where things get very interesting.

The setup is very easy and much like most other Bluetooth keyboards, very simple. You press the connect button, search for this on your keyboard, enter a code and you are good to go.

The keyboard has a couple of LEDs that tell you the status, and whether it is connecting or not. They are simple, and diagnostic. With the Nexus in the slot, they are hidden behind it anyway, so you won’t notice them.

As far as the keyboard itself is concerned, this is probably the best keyboard I have seen in this size. The keys are standard laptop keys, and unlike most other similar solutions, do not feel cheap and plastic. The thing to consider is the fact that this is a very small keyboard, the size of your Nexus. As a result, the keys are quite small, and take some getting used to. However, after spending a weekend typing away tweets and the occasional email, I got used to them quite well and can see myself using the keyboard instead of the on-screen ones.

The keyboard also features various Android function keys such as Home, Back, Volume up and down, Search, Media as well as Editing such as Copy and Paste. They mean that you can use a lot of the features on offer without having to touch the screen.

The few quirks I noticed:

– Shift keys are quite small.
– Because I am so used to the auto-capitalization of the word ‘I’, I often ended up writing it as i. Similar with beginning of sentences.
– There is a lip near the space key, and while other people may find it annoying, it didn’t really bother me.
– Took me a little while to find the dash and the underscore (-,_). You have to press CTRL and 9 or CTRL and 0 respectively to get them. CTRL key offers extra features on the keyboard, along with Fn.
– Does not have a ‘£’ sign, but this shouldn’t really be an issue for many.

However, like you may have noticed, I used the word quirks and not issues. They are things that are not problems, and take a little practice to get used to.

Battery life is still to be tested, but after a week of on/off use, it is still going strong!

All in all, this is probably the best keyboard/case combo I have tried for the Nexus 7, and it has become a permanent home for my tablet. It offers great value for money along with good quality performance.

I have to thank MobileFun for sending this case for the review. They provide an excellent choice of accessories that not only cater for mobile phones, but also tablets and e-readers. The Bluetooth and Keyboard Case can be found under the Nexus 7 covers section on their website!