Thanks to an aggressive marketing campaign from Nokia Connects (@nokia_connects), I am trying out a new Nokia Lumia 820. The message from them was simple: Had enough of your old phone? Want to try something new? Why not give something totally different a try? Try a Nokia Lumia 820, which features the Windows Phone 8 OS. While I wasn’t approached directly by them, I did find an online form and applied. Soon I had heard from them, and while I wanted a Lumia 920, they told me it had a long waiting list (or my convincing skills weren’t good enough) and they offered me a Lumia 820 instead. I thought I might as well give it a go. A day later and this arrives for me: 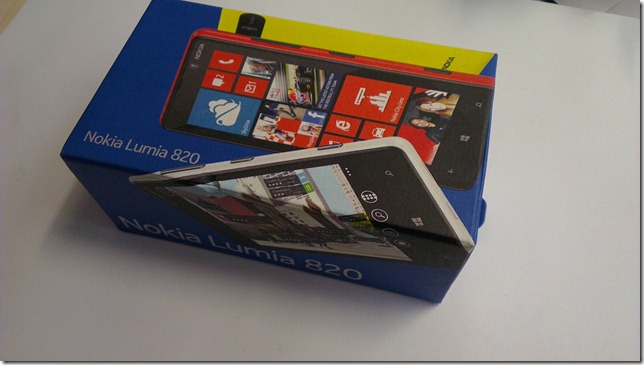 Now I have to say, I have had Windows Phones before. I had one of those MDA Varios back in the days of Windows CE, and had an Xperia X1 before it went Android, featuring Windows Phone 6.5 if I remember correctly. While the first one was way ahead of its time, featuring a horrible battery life and apps, the second was the opposite. It was the time of Androids and iPhones, and this phone was struggling to provide me a decent Twitter app. Needless to say it did not survive very long. Times have changed, and we have a brand new Windows interface, and things are different. Windows Phone now represents a totally different experience, and probably the only things that remind me of the old systems are the integration with the Windows Live services.

Weirdly, the phone came with a European charger. I have enough Micro-USB chargers with me, so this would not be a problem. Also, the headphones are bright red to go with the crimson colour of the phone. 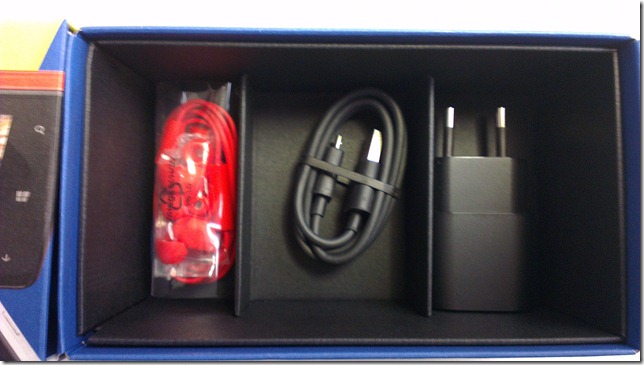 Once the phone boots up and walks you through a few settings, it is quite easy to get going. There are instructions on how to get your contacts off of iPhone or Android systems, and it didn’t take me long to copy all my contacts across. It tries to be helpful and walk you through the system, but frankly the system is too different to have got used to it in a day.

Here are my initial impressions throughout the day:

Overall the tiles feel quite LOUD and in your face. The new interface will definitely take getting used to. However, if you want a smartphone that doesn’t overwhelm with you a lot of features, this is the product for you. Not sure if this is a good thing though. If you want a dumb smartphone, you might as well stick with a regular phone.

This pretty much covers my impressions on day 1.