Over the past 12 months, Bowers & Wilkins has enjoyed outstanding success with its flagship PX7 over-ear wireless headphones. These adaptive noise-canceling designs offer an unmatched combination of breathtaking sound quality, smart features, and supreme comfort which together have helped them win countless awards and recommendations around the world. 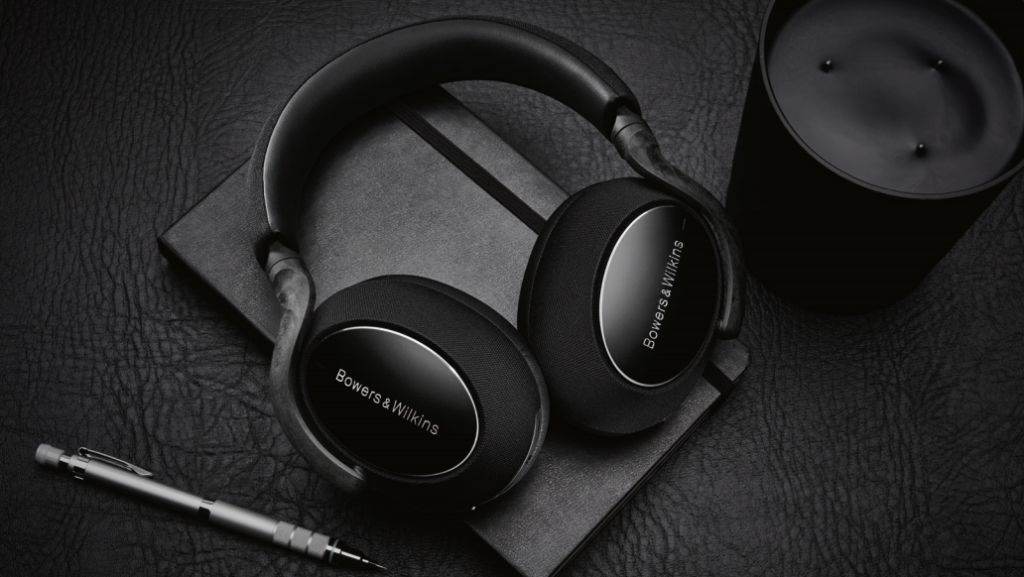 Marking the 10th anniversary of the company’s first-ever headphone design, the P5, the new PX7 Carbon Edition headphones use carbon-fiber composite reinforcement in their construction. Finished in black with diamond-cut detailing on each ear cup, they share the same specs as the existing PX7 models.

This includes the delivery of True Sound and maximum resolution while “maintaining complete neutrality and tonal balance,” says B&W. They include bespoke 43.6mm drivers, specially designed, developed, and tuned by the same renowned Bowers & Wilkins engineering team responsible for the 800 Series Diamond loudspeakers.

Equipped with 46.3mm drivers, the PX7 Carbon Edition features an array of four noise-canceling microphones that allow for ambient noise pass-through on demand, while two additional mics are used for voice calls.

Dual proximity sensors pause the music when you lift either ear cup or slide the headphones down onto your neck. You can also press a button to summon Google Assistant or Siri on your Android phone or iPhone respectively.

Inside, it is pretty much the same PX7 that launched 12 months ago, which means it delivers the same True Sound audio resolution, immersive sound stage, and adaptive noise cancellation technology. It also has the same smarts, like push-button access to Google Assistant or Siri and automatic pause and resume when taking the headphones off and putting them back on again, respectively.

Support for Qualcomm’s aptX Adaptive codec allows for high-resolution, 24-bit/48KHz audio over Bluetooth 5.0, provided the device the headphones are connected to support the same codec. The PX7 also comes equipped with a 3.5mm audio jack and a 1.2-meter cable for analog wired listening.

The PX7 Carbon Edition isn’t just sophisticated, it’s intuitive to use. It features proximity sensors built into both ear cups, so your music is automatically paused when either ear cup is lifted and automatically resumes when placed back on your ear. At the same time, PX7 Carbon Edition also offers push-button access to Voice Assistant Support via either Siri or Google Assistant depending on the type of phone used.

The comfortable, musical, and beautiful PX7 Carbon Edition will be available in October, priced at £349.99. For more information about our wireless headphones, visit bowerswilkins.com.