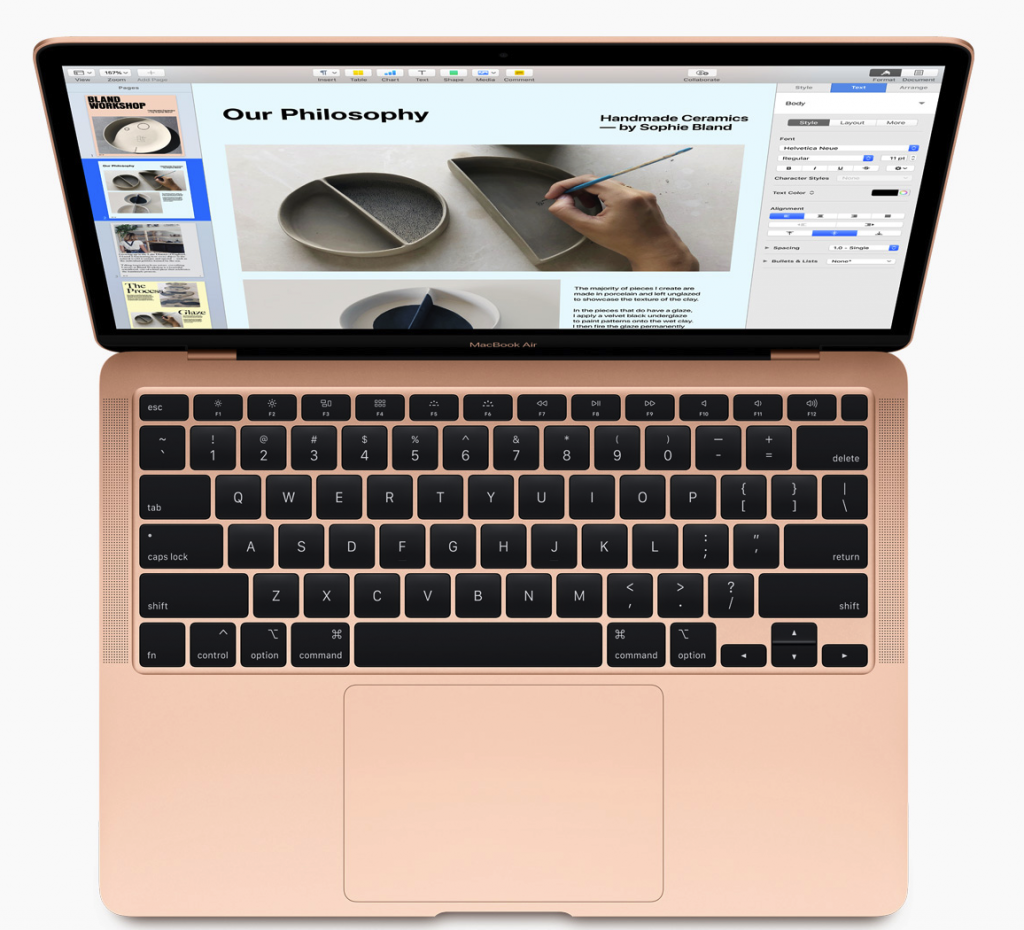 Apple is releasing a new version of its MacBook Air with the revamped Magic Keyboard found on its 16-inch MacBook Pro and faster performance, the company announced on Wednesday. It launches today on Apple’s online store and will cost $1,000.

The MacBook Air will run on Intel’s 10th generation processors and will offer performance that’s twice as fast as its predecessor, according to Apple. It also now includes Intel Iris Plus graphics, which means it should offer 80 percent faster graphics performance, Apple claims.

But the new keyboard is likely to be the major draw for many shoppers.

Apple’s new MacBook Pro features the company’s new Magic Keyboard, which replaces the flatter butterfly mechanism keyboard that it’s outfitted its laptops with over the last several years. Apple launched a new laptop without the butterfly keyboard for the first time in years in 2019 with the 16-inch MacBook Pro, a decision that came after customers had reported issues with the butterfly keyboard such as keys that got stuck or registered twice when pressed once.

The new MacBook Air also has a 13-inch Retina display with 2560 by 1600 resolution and 256 GB of storage, which is double that of the previous generation model. There’s also an option to configure it with up to 2 TB of storage.

MacBook Air comes with the Apple T2 Security Chip, Apple’s own custom-designed second-generation silicon, which checks that software loaded during the boot process has not been tampered with and provides on-the-fly data encryption for everything stored on the SSD. This allows MacBook Air and any Mac with the T2 chip to deliver the most secure boot process and storage of any notebook. The T2 also protects Touch ID information, so whether customers are unlocking their Mac, entering an online password or making online purchases, their information stays safe.

The announcement comes after rumors had suggested that Apple was planning to release a new MacBook Air with the company’s new Magic Keyboard. Now that this is the second major laptop release from Apple to come with the new Magic Keyboard, it’s also another sign that the butterfly keyboard may be gone for good.

One thought on “New MacBook Air: More in Less”